State of the City: Mayor reflects on 2018, lays out goals for Bozeman’s future 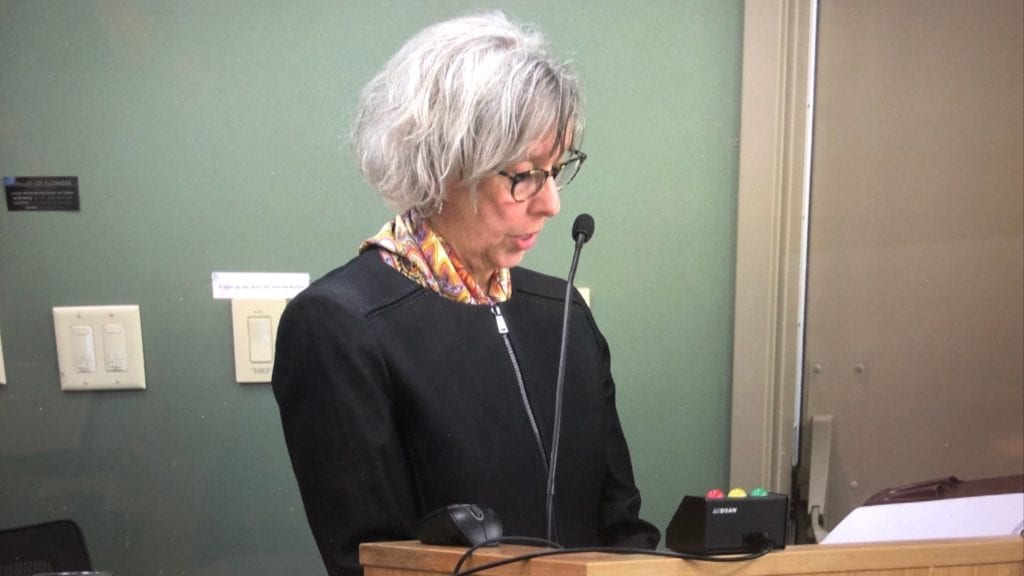 BOZEMAN – At Monday night’s city commission meeting, Mayor Cyndy Andrus addressed the public to talk about the city’s achievements and challenges in 2018 and a plan moving forward.

This was Andrus’s second State of the City Address as Mayor, which she started by thanking her friends, family, co-workers, city staff, and the public.

Shorty after, Andrus praised the city for its achievements including high tourist spending, a strong economy, being the safest city in the state, low debt rate, adopting a strategic plan, being the number-one micropolitan economy in the country, and community engagement.

“We heard you loud and clear and that you weren’t getting the information you needed in a timely way,” said Andrus.

To solve this issue, the city hired Bozeman’s first ever communication coordinator and allowed for more accessible information on the city’s website.

Another achievement Andrus highlighted was the city’s ability to create a solution for the city’s high public safety need with a $37 million, all-in-one Public Safety Center.

Since the passage of the bond last fall, the city has faced a couple of hiccups, with the biggest being the lawsuit filed by Roger Koopman stating the city advocated for the project. The Commissioner of Public Practice denied Koopman’s claims, but the city must wait to finish the design of the project until the lawsuit is dealt with.

Each month the delay continues, the price of the project rises $200,000, which cannot be made up by taxpayer dollars but rather from other places in the city’s budget or cuts to the project.

“Unfortunately, one unhappy citizen is attempting to hold up this effort with an ill-advised lawsuit,” said Andrus. “While there are still a few more hurdles before we can completely put this lawsuit behind us. I am confident that the Public Safety Center will be built, on time and on budget.”

As for future goals, Andrus said there are a number of problems she would like the commission to tackle this year including adding more art around town, considering a local options sales tax, water conservation, infrastructure, and affordable housing.

Andrus called affordable housing a “wicked problem” that is affecting everyone living in Bozeman. She noted that the resident’s median income is around $48,000, yet the average home value is $306,000 and average rent cost is $900.

“It is no longer a crisis but an epidemic,” said Andrus. “As it stretches across the country affecting sizes of all sizes, we can continue to nibble around the edges of this enormous issue making little headway or we can take a big step.”

Andrus proposed the commission consider helping develop a local housing trust fund in this next year. She said even though the most common way of creating this fund, through real estate transfer fees, there are still other options that need to be considered.