Two weeks ago Fusion 4133 won the 1st place Inspire award at the statewide competition against more than 30 other teams.

This year’s goal was to design a robot that can sort as many cubes and spheres as possible in a designated time.

The young designers meet regularly and have put almost 1,000 hours into building their robot.

The the team will compete at the World Championship in Houston, TX in April– but the kids can’t make the trip without community support. Between travel and shipping it will cost around $20,000 to participate in the event.

To help offset the costs the kids have been raising funds and set up a Go Fund Me page.

The kids say it’s important no team member is barred from participating due to their financial situation– so they work hard to try to limit the financial burden to their parents as much as possible.

The team went to the World Championship in 2018 and say one of the best parts of competition is the camaraderie that forms between the various teams. 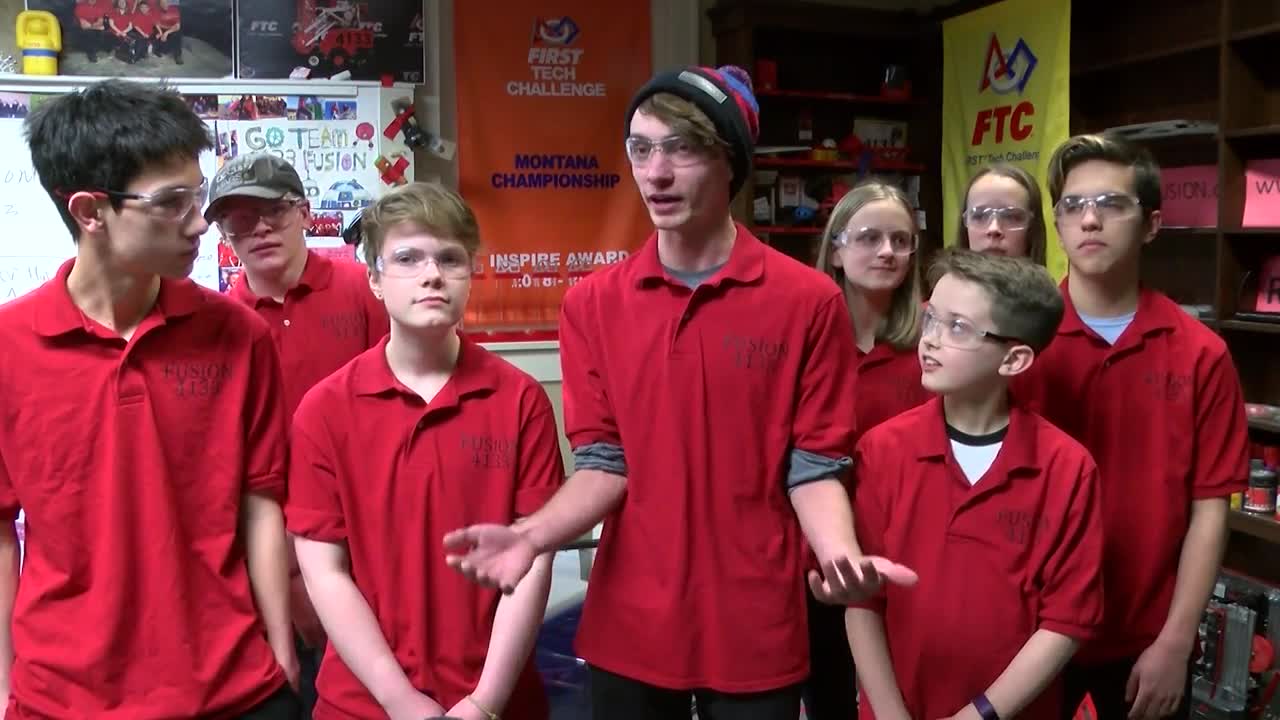 “Robotics competitions in general at this level, they’re competitive but aren’t like aggressively competitive I guess I would say,” said team captain Ethan House. “So instead of becoming enemies of the people or teams around you, you become really good friends with the other teams in your area.”

Of the tens of thousands of FTC teams in the world, only 160 get to compete in the Houston competition.

Yet even with the stiff competition, the group is confident in their robot and believe it will outperform last year’s model.

“We’re pretty confident in our robot this year. It’s performed well, shown what it can do and it will only get better from there,” said team member Emily Ellis.

More information about the Fusion 4133, including how to support the team, can be found on their website here.