BOZEMAN- A four-story apartment complex that was under construction on Babcock and 7th Avenue in Bozeman was destroyed by an early morning fire.

The fire was first reported about 12:20 a.m. Tuesday. The flames were so intense that firefighters were not able to enter the building. The crews were reportedly fighting a purely defensive action from outside.

Two large snorkels on tall ladder trucks towered over the fire shooting water on the structure.

There have been no reported injuries at this time.

Power was out for about 250 downtown residents and three streets are closed for several blocks. Bozeman Fire urges drivers to avoid the area.

The fire remains under investigation at this time. 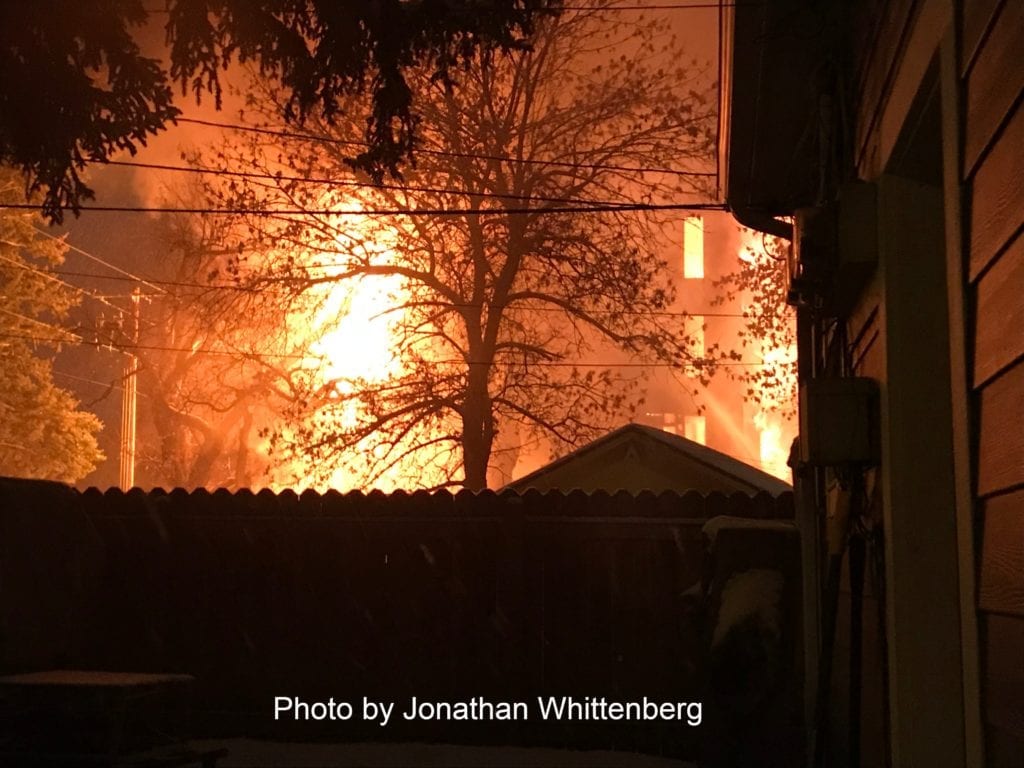