HELENA – The Lewis and Clark Humane Society is asking for help contacting an individual that abandoned two cats outside the shelter’s open gate in freezing temperatures.

The incident happened around 11:30 a.m. on Saturday February 23. Security video provided by the Humane Society shows an unidentified male placing an animal carrier containing two cats and some cat food just outside the gate and then running off. 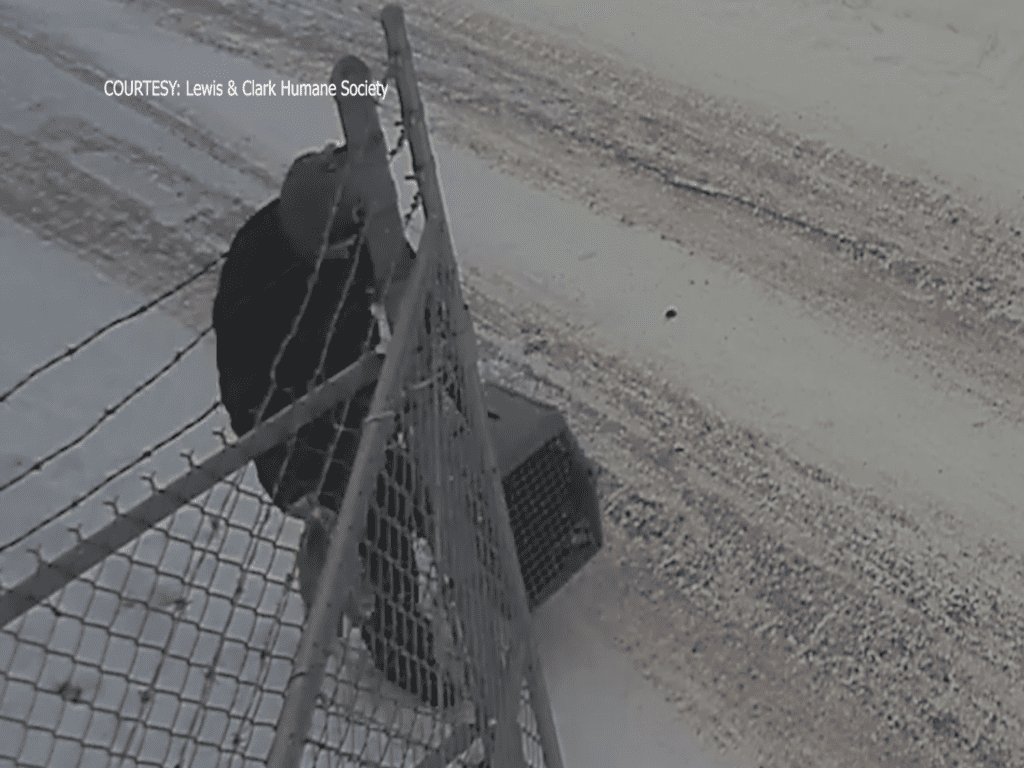 The temperature was 17 degrees Fahrenheit at the time, and staff say thankfully, after about 10 minutes an employee found the animals while coming back from running errands.

Staff stress that abandoning an animal like, no matter the weather condition, is potentially dangerous for the animal’s health.

Both cats, now named Barnum and Bailey, are currently healthy and warm in the shelter.

There is a $25 surrender fee for each animal brought to the shelter. That fee goes to recuperating the costs in taking care of the animals. Staff say the cost of vaccinating each animal is around $25 alone.

“The biggest thing is talking to us and opening up that conversation,” said Axline-Pittman. “We will help whether it’s waving that fee if we need to, giving you food so that you can keep your dog or cat or helping find them a new home. We’re more than willing to help, we just need you to talk to us.”

Axline-Pittman said it’s much easier to help animals find the right home if they can get some background information from the previous owner.

“With strays that come in we don’t know anything about them so we have to start from scratch. The same now goes with these guys,” explained Axline-Pittman. “If we have an owner that says their cat doesn’t like other cats, is scared of dogs or small children frighten them we then kind of know how to go forward in finding them a home.”

Axline-Pittman added that not knowing that information will also mean the animals will have a longer stay at the shelter.

Barnum and Bailey will be available for adoption once they’ve been spayed and neutered.

There are currently 27 cats and 15 dogs available for adoption at the Lewis and Clark Humane society.

Due to the shelter being over capacity for cats they will be offering $50 adoptions this weekend the felines.

More information about animals available for adoption at the Humane Society and ways to support the shelter can be found on their website here.