(HELENA) On Saturday, government agencies, community organizations and businesses came together in Helena to share important information on how people can be prepared in case of a disaster, like flooding or wildfires.

Dozens of people attended a Family Preparedness Fair at Rossiter Elementary School. The event was organized by Lewis and Clark County, Lewis and Clark Public Health and Elkhorn Community Organizations Active in Disaster.

“After last year’s flood season, we decided we wanted to put more information out there for the public,” said Brett Lloyd, emergency preparedness coordinator with Lewis and Clark Public Health. 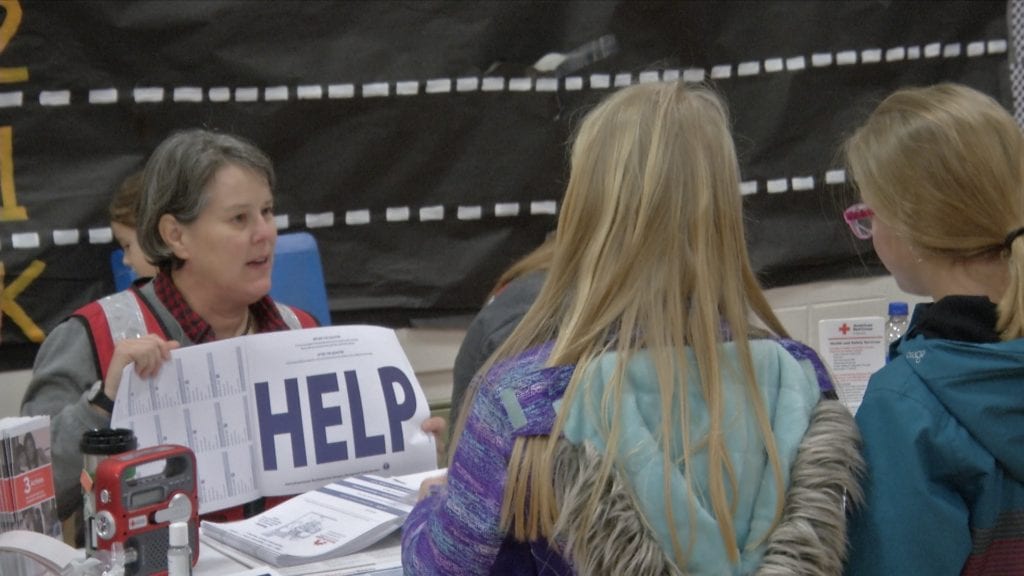 The Lewis and Clark Water Quality Protection District offered advice on well safety and dealing with mold after flooding. The city-county 911 center helped people sign up for emergency notifications. American Red Cross representatives talked about the importance of creating an emergency plan for your family.

People who attended the fair received items like a portable water filter, a SaveAqua-brand water-saving tap and emergency lights.

Nick Garteiz and his wife had to deal with heavy runoff at their home off York Road during last spring’s floods. They heard about the fair and thought it would be a good way to learn more about how to address flooding.

“There are so many resources here, and great people to share their information,” said Garteiz.

Garteiz said they received some useful advice on protecting their septic system.

Lloyd said organizers intentionally chose to hold the fair at Rossiter, which was closed for several weeks last spring after flooding in the Helena Valley left it inaccessible.

“We wanted to make sure that we brought this information to the folks out here in the Valley that were hardest hit by the flooding last year,” he said. “We felt that Rossiter was the ideal place to do that.”

While it’s still winter outside, leaders are already thinking about what could come in the spring and summer.

“With all the snow that we have right now, there’s a good chance if we have a rapid warmup, we could have what we call a rapid snowmelt event, and so flooding season’s still a potential possibility,” Lloyd said. “And then wildfires are also seasonal too.”

Lloyd hopes this event will get the public thinking about the steps they can take to be ready.

“Preparedness is an individual or a family endeavor,” he said. “Ultimately people have to take responsibility for their own preparedness. So we can give them information, we can give them some good products, but ultimately it’s up to them to get themselves and their families as prepared as possible.”