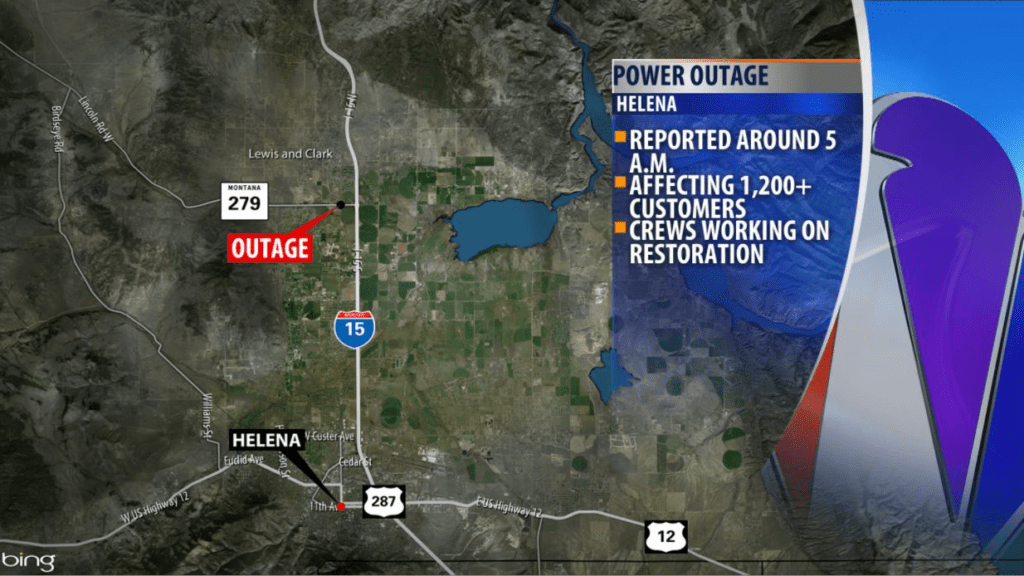 UPDATE: 9:55 a.m. NorthWestern  Energy reports the outage has been repaired.

UPDATE: 8:30 a.m. NorthWestern Energy said it has restored power to about 700 customers. Crews are now working to restore power to the remaining 512 others.

HELENA – NorthWestern Energy crews are working to restore power for more than 1,200 people after an outage was reported early Monday morning in the Helena Valley.

Drivers are advised to use alternative routes.

All other bus routes will run as expected, however district leaders said students and parents should expect delays due to road and traffic conditions.

According to Northwestern’s Electric Outage map, power should be restored to the valley around 9:30 a.m.