HELENA – A Helena landlord is dismayed after the heat was turned off in an evicted tenant’s apartment, which caused the pipes to burst.

On Tuesday March 5, William Semenza was notified that water was flowing out of one of his rental property units.

The tenant was evicted from the property and was supposed to vacate on February 28. Semenza said the tenant was still in the property this weekend and he didn’t want to confront them or appear that he was harassing them.

“We don’t come around when people are still here,” explained Semenza, “you’ve got to evict them so you don’t know how that meeting is going to go down.”

When Semenza arrived at the property he observed water flowing from the back door. He tried to gain access but ended up having to bust in the door to gain entry.

Once inside he found the heat had been manually turned off inside the apartment and the pipes in the kitchen and bathroom had burst. 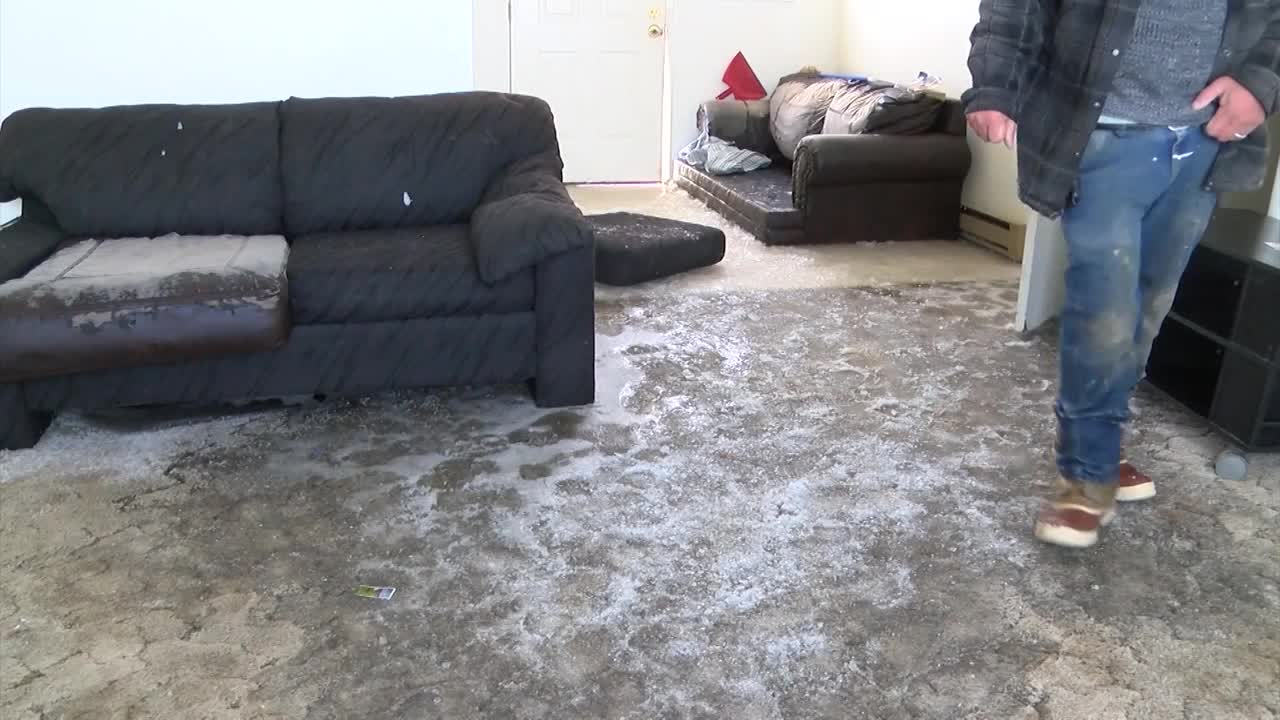 “This is the worst damage to a place I’ve ever seen,” said Semenza.

The refrigerator and oven were encased in ice and water had flowed into the living room.

“The carpet will need to be replaced and the walls– the place is going to have to get gutted. This is going to be at least $10,000,” said Semenza.

Water was also leaking into the crawl space and partially submerging the wood supports.

Semenza says he’s still getting a grasp on the full extent of the damages but is worried about potential structural damage. 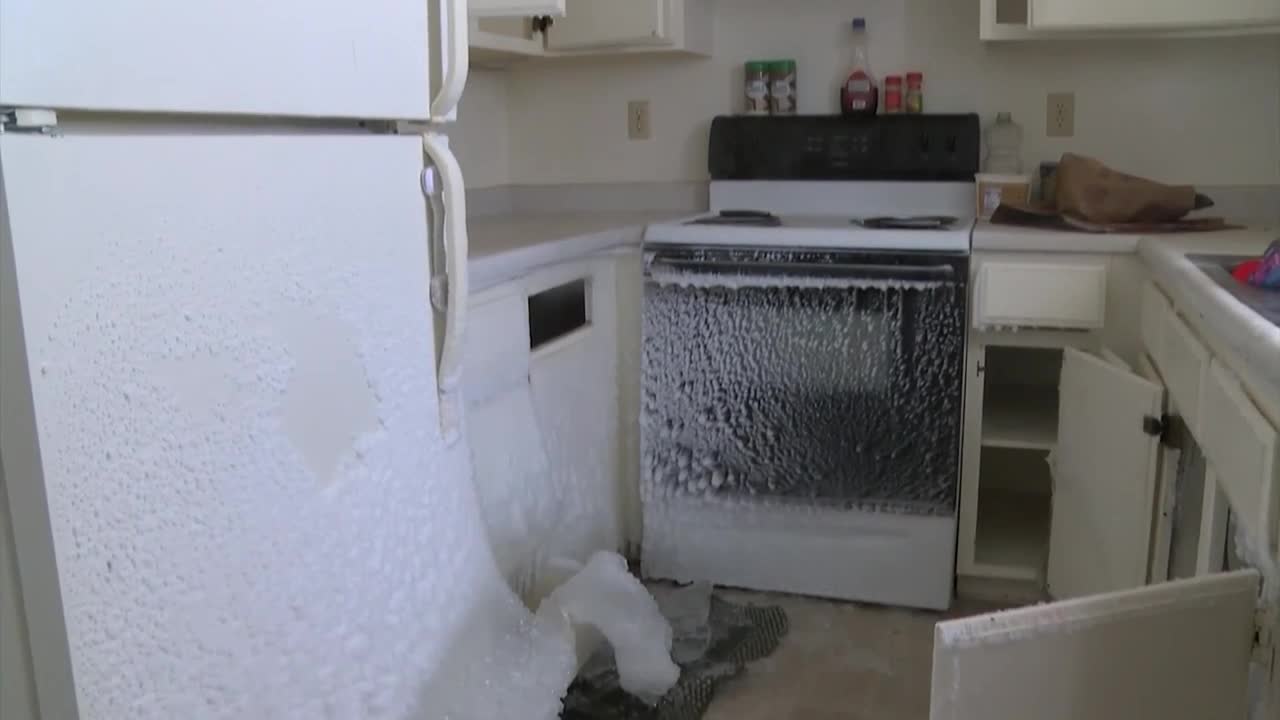 “This is just totally ridiculous and the condensation gets into everything and destroys everything. That’s what’s happened,” said Semenza.

Other damage to the apartment included several holes in doors and damage to the walls. The tenant also left large pieces of furniture.

Semenza said he appreciates the work of the police and courts in this matter and will be taking legal action against the previous tenant.