HELENA – With a signature from the Governor of Montana, fallen Broadwater County Sheriff Deputy Mason Moore will officially be honored on U.S. Highway 287.

The bill officially became law late last month after passing the Montana House unanimously and the Montana Senate by a vote of 48 to 2.

House Bill 156 created the Mason Moore Memorial Highway. A sign including Moore’s name, title, date of passing and badge number will be installed at mile marker 109–the same spot Moore lost his life.

“Not only as Governor, but also as the former chief law enforcement officer as Attorney General and as a father I think that today is a significant day. Not only to mark Deputy Mason Moore’s life but also to honor him throughout the state and make this a constant reminder about the sacrifice of our law enforcement,” said Bullock. 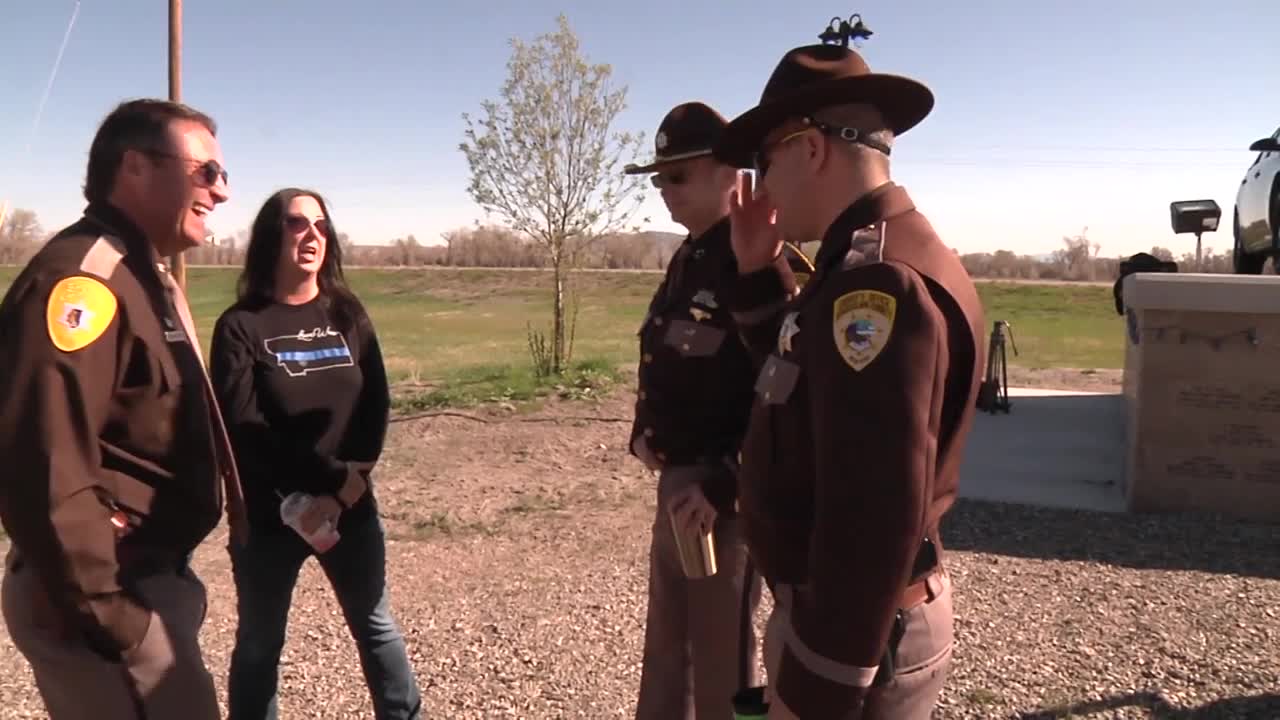 Deputy Moore’s widow Jodi said Monday’s ceremony was an emotional one and wants to thank everyone for the wonderful support shown to her family.

“It’s great,” said Moore, “The support is amazing and we appreciate the love that we’ve received from the whole state and I’m just very grateful for all of the support.”

The Broadwater County Sheriff Wynn Meehan said the department is hoping to hold a dedication ceremony and picnic for the memorial in May of this year. More information about the event will be posted to the Broadwater Sheriff Department’s Facebook page.

The man currently charged for Moore’s death, Lloyd Barrus, has been found unfit to stand trial.

The Mason Moore Foundation was established in the fallen deputy’s honor to help meet the needs of Law Enforcement agencies across Montana by providing grant opportunities.

Th Foundation will be holding their second annual “Love Wins Bash” fundraiser at the Gran Tree in Bozeman on March 30.