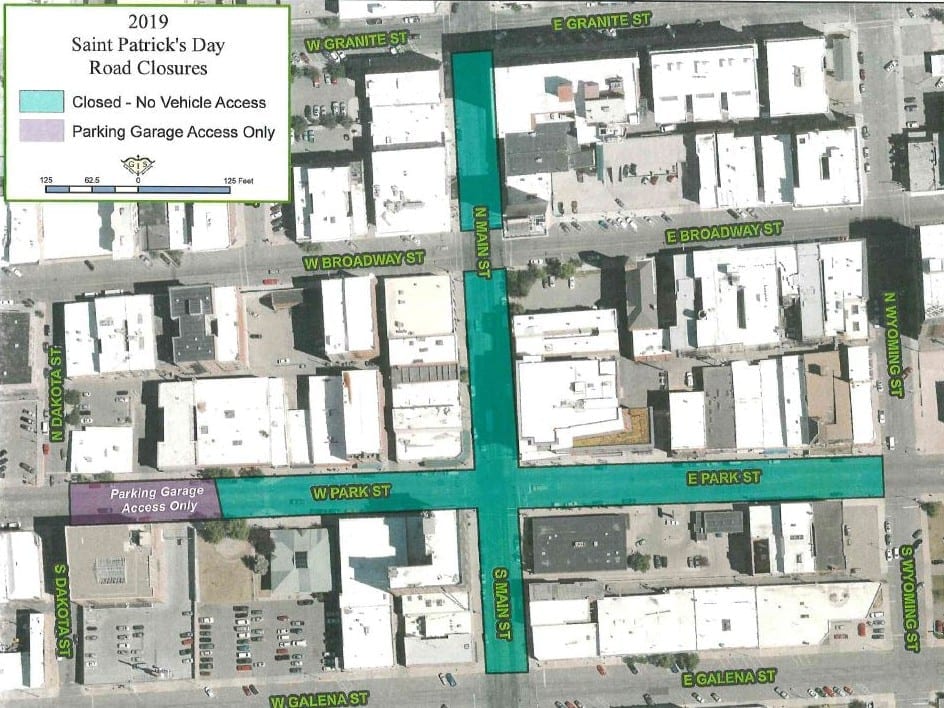 BUTTE – The grand marshal for Butte’s 2019 St. Patrick’s Day parade is Marlene Harrington Dick, according to a media release.

A statement written by Marlene’s family said she has been in the parade for the past 30 years, carrying the banner for the local Ladies Ancient Order of Hibernians, of which she was one of the founding members.

Below is the full statement from the family of Marlene Harrington Dick about her selection as Grand Marshal:

“Participating in the parade will be nothing new to Marlene as she has been in the parade for the past 30+ years. Marlene was one of the founding members of the local Ladies Ancient Order of Hibernians and has carried the banner for that organization in the parade for 30 years, insisting a few years ago that the ladies were no longer relegated to marching behind the men, but instead marched alongside them. Marlene inherited her feisty Irish spirit from her Irish immigrant grandparents. Marlene retired as undefeated world champion leg wrestler a few years back.

Marlene has been active in St. John’s Parish longer than the church building itself. She has more than 70 years in that parish. She is active in our community as her volunteer work is tireless. She is active with the Jolly girls, Red Hats, the Democratic Party, Scholarship Committee for St. James & Kevin Shannon, a Camp Fire Girls leader, collecting donations for March of Dimes, the Heart and Lung associations, keeping her family club organization going, she never missed a class reunion and attends all of their monthly lunch planning sessions. She was active in Butte Celebrations for decades. Also spending years involved in the PTA and teaching CCD. She is still a volunteer at the surgical desk for Saint James Healthcare and is part of the auxiliary organization making blankets for traumatized children through the Community Health Center.

She made the pilgrimage to Ireland with her husband and daughter a few ago. Her husband of 58 years, Arthur Dick, was unsure of his heritage but enjoyed teasing her that he was sure he was English. With a few minutes of landing and meeting Paddy O’Shea he was sure he was Irish. They ended up forgoing a pre-planned room instead staying with newly found relatives for the night. They cherished their trip and reconnecting with the homeland.

Marlene has knitted Irish sweaters for more folks than one can count, during the parade you will see dozens of pairs of gloves she has knitted for anyone who asks, not to mention hats, afghans, even making wedding cakes!

The above list of her dedication to our community is far from all inclusive.