WASHINGTON, D.C.- After easily passing both the House and the Senate with bipartisan support, a public lands package was signed by President Donald Trump Tuesday at the White House.

Montana’s Republican U.S. Sen. Steve Daines was there at the White House for the ceremony and called the reauthorization of the Land and Water Conservation Fund a big day for Montana and for America.

“What we see from this bill will be a key win for LWCF allowing permanent reauthorization now , which brings together certainty where there was uncertainty about whether or not Congress would reauthorize the program. It’s now permanently reauthorized, and then, second the Yellowstone Gateway Protection Act,” Daines said. 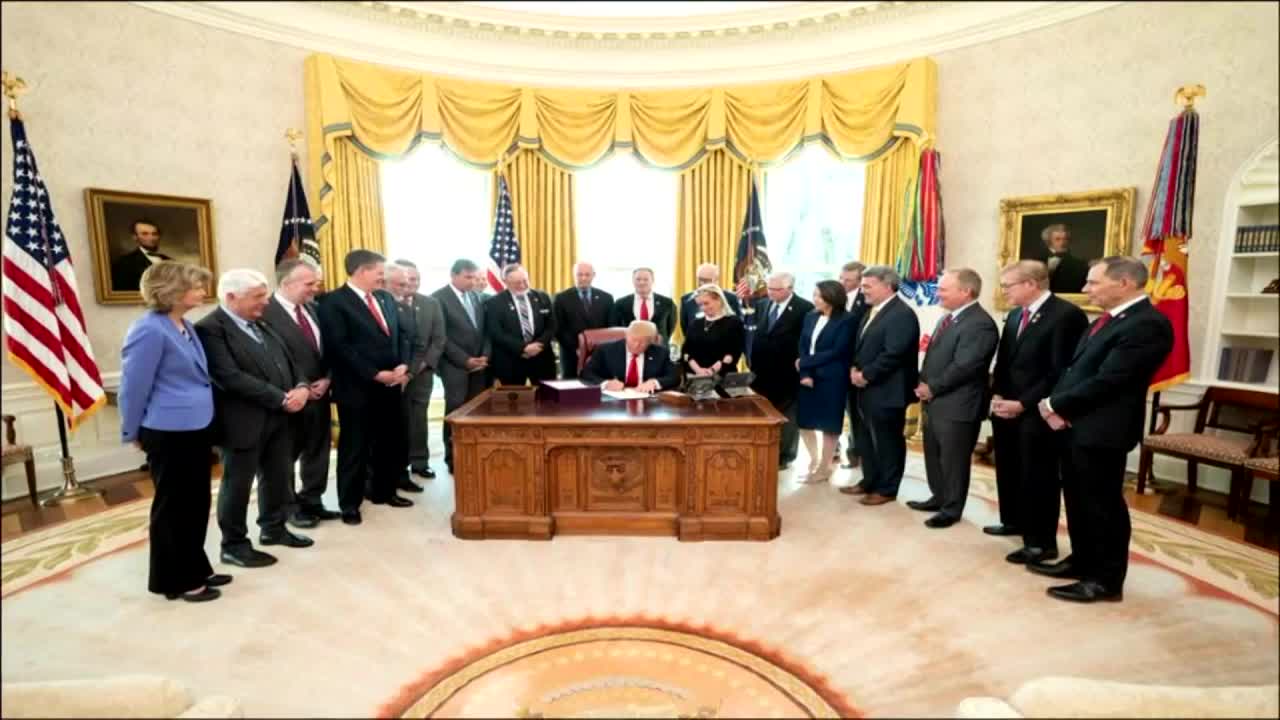 The Land and Water Conservation Fund was established in 1964 to safeguard natural areas, water resources, and cultural heritage, as well as providing recreation opportunities. The funding comes from government earnings from offshore oil and gas leases. The LWCF expired under the last Congress and had not been authorized since.

While Tuesday’s signing guarantees that the LWCF will be reauthorized, there are likely battles over how much funding will authorized by Congress. Trump’s budget proposal, released Monday, calls for just a fraction of the $900 million that the LWCF is currently authorized to receive each year.

Montana’s Democratic U.S. Sen. Jon Tester praised the passage of the Yellowstone Gateway Protection Act- which will prohibit large scale mining on thousands of acres near Yellowstone Park- but also called on the administration to reverse cuts to the LWCF.

“It is easy to understand why folks hate Washington when politicians cheer on the President as he signs a bill to authorize LWCF just one day after trying to gut its funding,” Tester said in a press release. “I hope the President’s cheerleaders put money where their mouth is and fully fund this critical conservation initiative.”

Both Tester and Daines are on the Appropriations Committee, which will eventually decide how much is allotted to the LWCF.

“The good news is you have two Montana senators on the Appropriations Committee. You are going to see both of us standing strong for full funding of the LWCF,” said Daines.