Paul Kordonowy, 55, appeared in Gallatin County Justice Court on Monday, charged with assault with a weapon. His bail was set at $100,000. 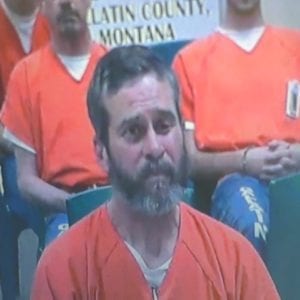 Court documents state two Bozeman police officers on foot patrol in downtown Bozeman were dispatched around 2 a.m. to a stabbing behind Bar 9. The reporting officer said he and the other officer arrived to find a crowd gathered in the alley behind the bar, on the 300 block of E. Main Street, including a man bleeding and holding his side.

A woman with the group told officers she knew Kordonowy and saw him run down the alley. Proceeding with officers in the direction he ran, the woman was able to identify him a short distance from the scene of the incident.

The officers chased after Kordonowy, according to court documents, who fled toward Mendenhall Street and scaled a tall, chain-link fence to elude the pursuit. The reporting officer said Kordonowy ignored commands to stop and only surrendered himself after two more officers arrived on scene.

Officers reportedly found a red, folding utility knife in Kordonowy’s right front pocket. After he was read his rights and transported to the Law and Justice Center, Kordonowy told officers he was defending himself after being pushed to the ground and attacked.

During the interview, officers said they told Kordonowy what witnesses and the stabbing victim reported: that he was heard making insulting comments to nearby African American women; the victim’s mother confronted him about his language, prompting Kordonomy to argue with and call her names; the victim stepped in and walked off with Kordonowy, returning shortly after and yelling that he had been stabbed.

According to court documents, Kordonowy then told officers he used the knife in his pocket to stab the victim. Officers report the victim’s stab wound was approximately 10 inches long and an inch deep, consistent with the size of the knife found on Kordonowy.

Kordonowy was also reported to be under the influence of alcohol, with a breath test showing a blood alcohol level of .272, more than three times the legal limit.

In court on Monday, state prosecutors noted Kordonowy has multiple prior criminal offenses, including a felony assault charge from 1986. His next court appearance is scheduled for April 12.