GREAT FALLS – John Glen Stevens, the former undersheriff of Cascade County, is facing charges in connection with an investigation into the Cascade County Sheriff’s Office (CCSO).

In December, the Cascade County Attorney’s Office announced the Division of Criminal Investigation (DCI) of the Montana Department of Justice was investigating “financial irregularities” in regards to some purchases made by CCSO employees.

Court documents state an agent was assigned to investigate allegations of theft occurring within the CCSO in August of 2018. The agent found three firearms that had been issued to or were under Stevens’ control during his employment were missing.

During his tenure, Stevens was issued several firearms including a Glock 27 40 S&W, a Rock River Arms LAR 15 rifle, and a Glock 43 that were purchased with Cascade County monies.

When Stevens retired from the CCSO, he took the Glock 27 40 S&W, the Rock River Arms LAR 15 rifle, and the Glock 43. Court documents state he was not authorized to take the guns and that no documentation was created to show he took them.

Stevens never reimbursed the country for the property he took and exercised unauthorized control over, according to court documents, but he told investigators he knew the guns and accessories were purchased with county monies. 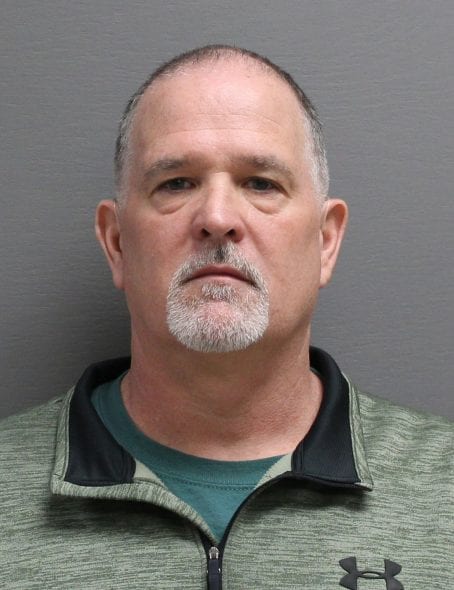 Stevens claimed former Sheriff Bob Edwards knew he had left the department with the guns. When interviewed, Edwards reported Stevens had expressed interest in keeping the firearms and that Edwards had indicated in order for him to keep them, he would have to go through the proper channels.

Edwards reported Stevens disagreed, according to court documents, and the conversation then ended. Edwards told investigators he was not aware, nor had he authorized, Stevens to take the three guns.

Court documents state the same day investigators interviewed Stevens, he turned in evidence to several items purchased with Cascade County monies including but not limited to: the Glock 43, two holsters, and 9mm ammunition.

When asked about the other two guns, Stevens reported that in August of 2018, he “responded to a post on Craigslist and ultimately traded the Glock 27 and the Rock River LAR 15 for a 2000 Artic Cat four-wheeler.” He obtained the four-wheeler for personal use, according to court documents.

An agent located and recovered the Glock 27 and Rock River LAR in December 2018.

The total value of the guns and accessories Stevens allegedly took is greater than $1,500 and less than $5,000.

A press conference regarding the investigation is scheduled for 4:30 p.m. Thursday.

DCI assigned an agent to investigate. Once the investigation is finalized, DCI will report its finding to the County Attorney. Should the outcome of the investigation support the filing of criminal charges, the matter has been referred to the Montana Attorney General’s Office for review.

Because this matter involves an ongoing criminal investigation neither Cascade County or DCI are unable to release more information or respond to inquiries at this time.

At this point, we do not know of any arrests or criminal charges filed in connection with the investigation.