FAIRVIEW- More than 50 homes have flooded between Fairview, Mont. and Cartwright, N.D. due to ice jams on the Yellowstone River.

Highway 200 is shut down and 110 people cannot stay in their homes.

Gov. Doug Burgum, R-N.D., toured the area on Wednesday and attended a meeting at the Fairview Fire Hall.

One homeowner said his family has not experienced flooding in 70 years and now his land is under 4 to 5 feet of water. 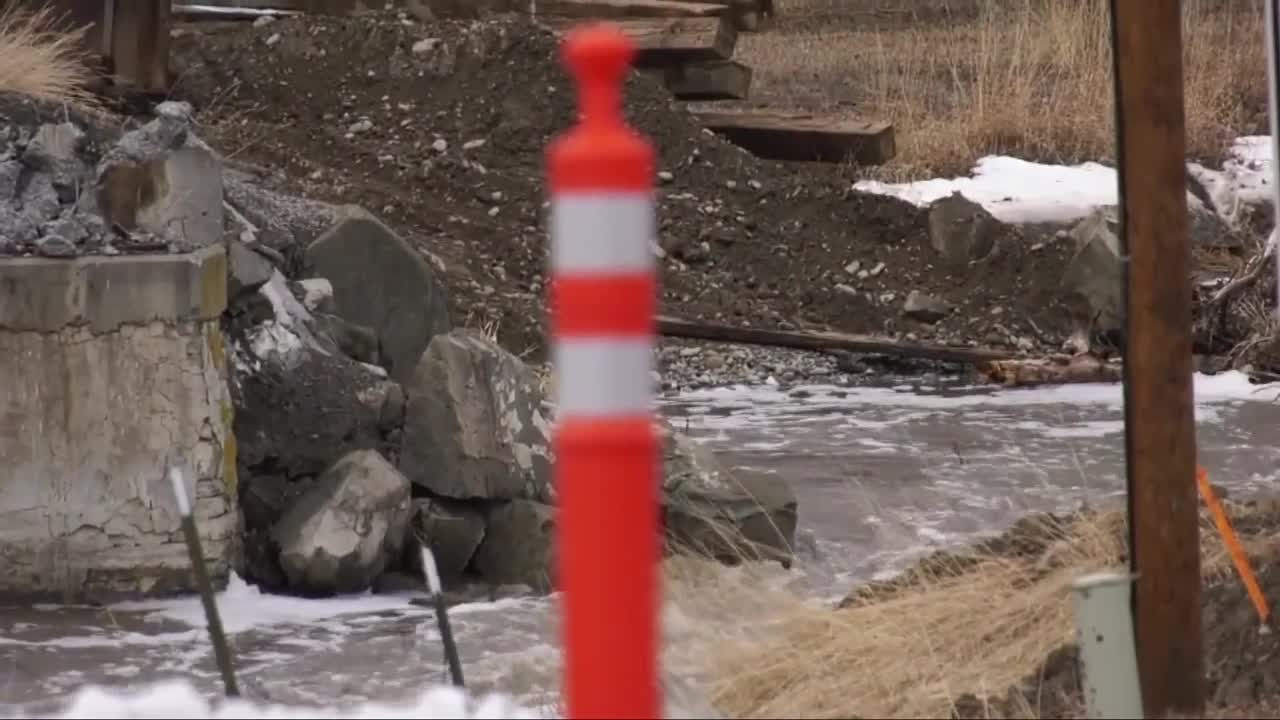 LIVINGSTON – Flooding has closed a bridge east of Livingston.

Last Friday, water started flowing over the bridge on Convict Grade Road just to the east of Highway 89. The bridge was washed away. No homes were evacuated, but you better have enough gas in your car if you live east of the bridge.

“There is a detour in place, and it’s a 26 mile detour via Springdale. The location of the bridge is just east of Livingston. The folks that are used to taking a 10 or 15 minute to town, have quite a bit of time added to it now,” Park County Emergency Management Director Greg Coleman said.

Residents aren’t thrilled about it.

Officials are working on getting the bridge fixed, but unfortunately it could take a while, and this isn’t the first time that this has happened.

“It was originally closed October 16 in 2018, then we had this temporary bridge in place and they’re working on the new bridge that’s going to replace it,” Coleman said.

We’re on the front end of flooding season, which means high water may be popping up in more places.

“It just takes a couple of inches of moving water to actually carry a car away, so we advise people to stay away and not drive through flood waters,” Coleman said.

Like the old saying goes, when in doubt, find a different route.