ST. IGNATIUS – If you’re passing through the Mission Valley and hear a “heavenly choir”, it’s not just nature’s soundtrack for the stunning spring views in this corner of Montana.

It’s an actual choir, celebrating the significance of the season, coming together to support of one of the state’s most amazing landmarks.

The St. Ignatius Mission was placed on the National Historic Register over 40 years ago. But that didn’t open the doors to federal or state funds because the church is still an active parish.

“We’re not eligible for government funding at all. And so what we do is we have the funding here on the campus of donations on the weekends and Sunday and stuff,” said Father C. Hightower, Pastor for the St. Ignatius Mission. “But then we just have a tremendous amount of support from people in the community itself, doing benefit concerts, doing plays, the matching grants that we’ve been able to receive. And that’s really what allows us to get, for the most part, to do the restoration. The Diocese of Helena has been very generous also. But they also have limited funds and there’s a lot of churches that need funds.” 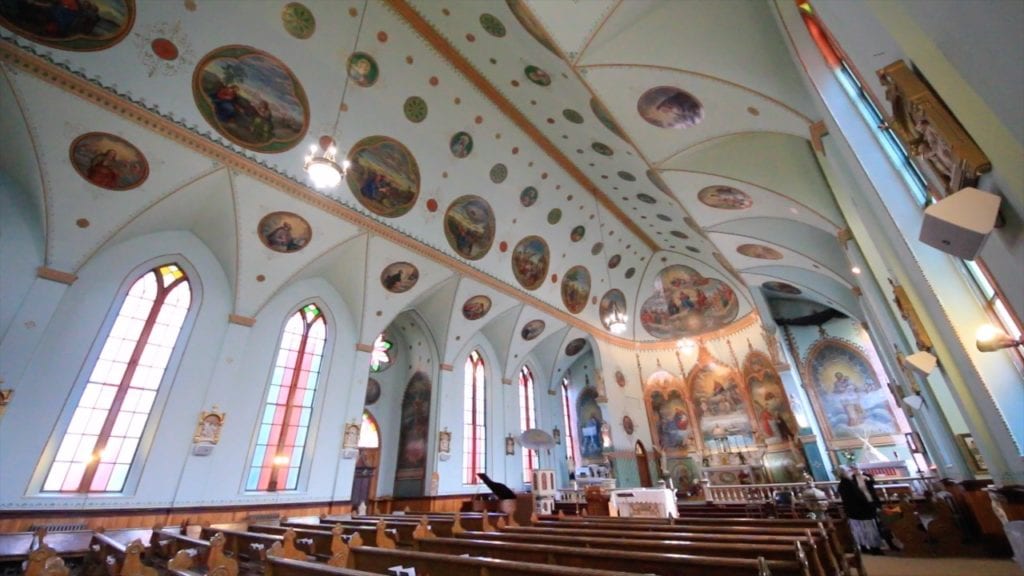 The restoration is a major project, an effort to save the remarkable murals more than a century-old. And that’s where the music comes in.

An inter-faith choir from all over the area has been practicing the musical “The Lamb of God” for months. Last year, the performances filled the church, raising thousands of dollars, along with a generous match from an anonymous donor. That helped the first phase of mural restoration last summer.

“The Jesuits were invited here back in the 1840s at the invitation of the Salish and Kootenai People. And so to be able to extend that hospitality to other people now, all the visitors that come up, you know, driving up Highway 93 out there and stopping by and supporting us is very heartwarming,” Hightower said. “And they walk in here and they’ve never seen a church like this in the middle of Montana.”

The musical’s message is one of unity, and Father Hightower says that’s symbolic of the community support this historic mission has received over the decades.

“The ‘Lamb of God’ performance, one of the great things about it, is obviously it’s telling the story of Our Lord and Savior Christ. But it also is a group of people coming together from a variety of different traditions to both protect this building but also to spend time together and companionship together.”

And there really is no experience in Montana like listening to a choir and orchestra in this chapel. Allowing the human spirit to soar and reflect on what it means to “be as one”.

“And we do see this church as a community builder and representative of the entire community, not just the Catholic community here. And so it’s great to see other faith practices and traditions coming here, and love the building just as much as we do. And that’s a real grace too.”

There will be several opportunities to attend the musical. Admission is free, but donations for the mural restoration are welcomed: