Browning Public Schools is currently in the process of requesting a partnership with the Blackfeet Tribe, which will bring big changes over the next year.

If this partnership is approved, Browning Public Schools will move forward with a re-model and expansion of the current Browning Middle School and start construction of a new multi-sports complex.

Funds for this construction project will come from a $3.9 million Impact Aide Revenue Bond that was passed last September. 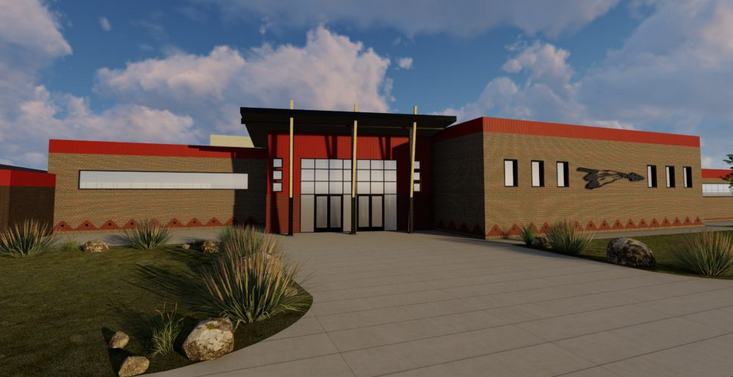 Funds will also come from Impact Aide funds that were set aside by school board members for years.

The new multi-sports complex will be constructed east of Browning High School. The complex will include new grandstands, a football field, soccer field, softball field and outside tennis and volleyball courts. If funds are available, a new outside basketball court will also be added.

Browning Public Schools Superintendent Corrina Guardipee-Hall said, “We want to thank all of the community members that voted for the bond.”

Guardipee-Hall added that she’s really excited to be able to give the kids something they haven’t ever had and this is something that has been a goal of hers since she’s been back in Browning Public Schools.

She said, “Our board now is very committed to the project, they really care about kids, as well as I do and we want the best for them. We want to build pride in our community and both of these projects will held that.”

If everything is approved, groundbreaking will begin on July 1st and both projects are estimated to be completed by fall 2020.