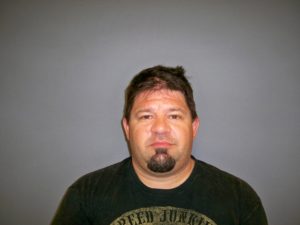 Prosecutors said Perrigo was found with 12.5 pounds of meth, according to a release from U.S. Attorney Kurt Alme.

Prosecutors said an informant told police that Perrigo was distributing meth in Billings, according to Alme.

Investigators used a confidential informant to make controlled meth buys from an associate of Perrigo’s known to deal meth for him and placing tracking devices on vehicles of both Perrigo and his associate, prosecutors said.

The vehicles were often seen at a storage unit in Billings.

After getting a search warrant for Perrigo’s vehicle and the storage unit, agents found a semi-automatic handgun in a backpack, body armor and three packages of meth totaling about 2.5 pounds in the vehicle and 10 packages of meth, each weighing about a pound, prosecutors said.

The amount of meth seized is the equivalent of about 45,359 doses.

The case is part of Project Safe Neighborhoods, which is the centerpiece of the Department of Justice’s violent crime reduction efforts.