MHP wrote in a Facebook post that the driver of a Chevy HHR almost hit someone who “was just doing their job alongside the highway.”

Both the service vehicle, which was on scene to help a semi driver, and the trooper’s patrol car had emergency lights on. 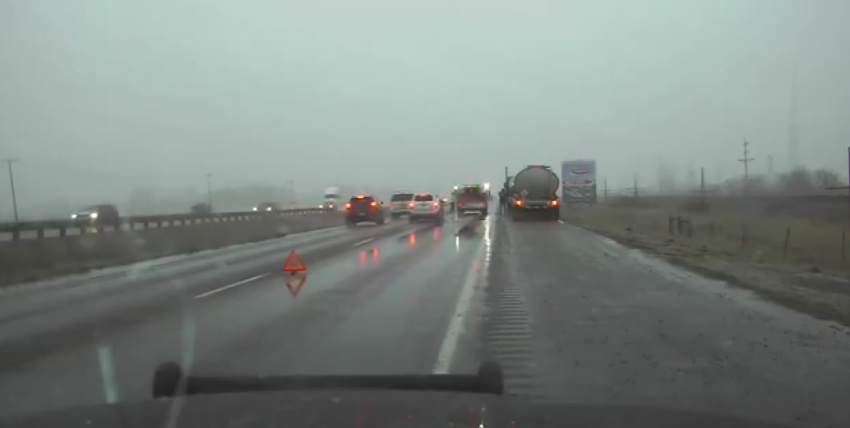 MHP advised Montana drivers to slow down and move over for emergency personnel.
The post states: “CLOSE CALL: The driver of this silver Chevy HHR got WAY too close for comfort this morning near Billings. The vehicle nearly clipped someone who was just trying to do their job alongside the highway by helping this semi driver get back on the road. Guys, this makes us CRANKY. On what planet is this acceptable?! Both the service vehicle and our trooper’s patrol car had their emergency lights activated. There’s no excuse- slow down and move over for emergency vehicles! It’s the law! /end rant.”