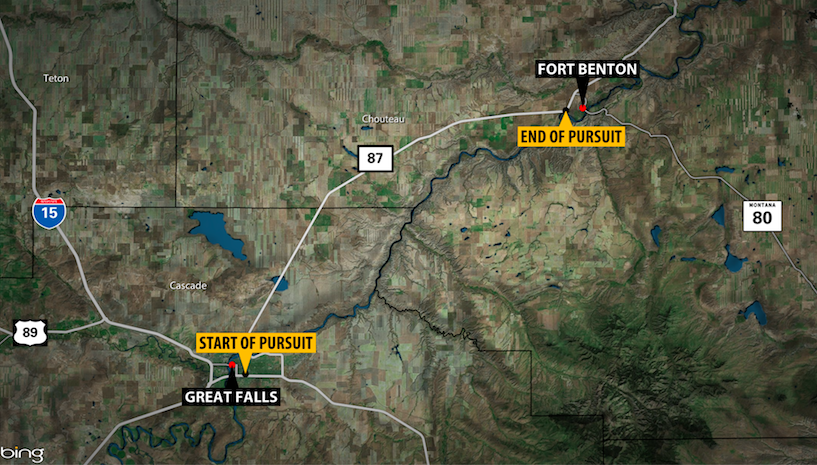 GREAT FALLS – A pursuit that started in Great Falls and reached speeds of 120 mph ended near Fort Benton Wednesday night.

The Montana Highway Patrol reported a trooper initiated a traffic stop at 11:15 p.m. in Great Falls at the intersection of 15th Street South and 8th Avenue South.

A pursuit ensued through Great Falls at speeds of 70-80 mph. The driver then turned on to Highway 87 north where he reached speeds over 120 mph.

The suspect’s vehicle was stopped and the driver was arrested. He faces charges including DUI, fleeing or eluding a police officer, and criminal endangerment.

The MHP said the lone passenger, a female in her 20s, was released Thursday morning from Chouteau County jail. She faces no charges.

The names of those involved have not been released.