Ending the Backlog: Now that Montana’s rape kits are tested, what happens next?

BILLINGS- It’s been a national issue of contention for years: untested rape kits sitting on shelves of evidence lockers across the country. 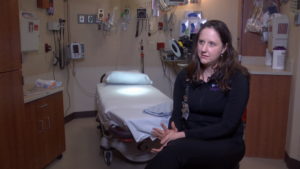 One might say, the first call to action for a rape victim is sexual assault nurse examiner, often referred to as the SANE program.

“We try and make it as comfortable as possible,” said Tiffany Deaver, the sexual assault clinical coordinator for Billings Clinic.

The SANE program at Billings Clinic was established in 2000. Nurses are specially trained to collect forensic evidence from as many as 150 victims a year. In October alone, those with Billings Clinic said there were 103 individuals that were seen by SANE nurses.

“The numbers pretty much do stay consistent,” she said.

Inside the emergency room, there’s a special room set up for sexual assault victims. It has a shower and a bathroom, and nurses work one on one with victims within five days the assault.

“Getting the rape kit down in a timely manner can make all the difference,” said Cynthia Brewer of Billings Clinic. “You never know if there have been multiple victims by the same perpetrator and how many victims your one kit could potentially help in the future.”

During the process, Deaver said nurses take their time. In many cases, it can take several hours.

“We try and make it as comfortable as possible. I know that it’s a very private thing,” said Deaver. “I’m going to talk to you, and we are going to get through this.”

The SANE staff also helps victims of sexual assault with the next steps: a plan of action and how law enforcement may collect the evidence for a case.

“They can stop the exam at any time for any reason this is to give them control back of their body and life,” said Deaver. 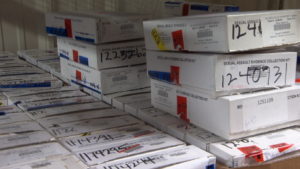 The History of Montana’s SAKI Project

The Sexual Assault Kit Initiative is often referred to as SAKI.

“We applied for several grants with U.S. Department of Justice to test all the kits,” said Fox.

Fox knew that nationally, rape kits were accumulating in police stations and evidence lockers across the county.

However, the main reason for the SAKI, according to Fox, was to improve the justice system and put faith back into the hearts and minds of victims so their cases would get the attention and follow up deserved.

Prior to the establishment of the Sexual Assault Kit Initiative, the U.S. Department of Justice was focusing on Montana- specifically Missoula and the University of Montana for not properly investigating reports of sexual assault.

“The U.S. Department of Justice swooped in and alleged that there were civil rights violations. And there was a lot of grief and consternation, a lot of finger pointing going on. And while I didn’t need to step in, I felt that I had to,” said Fox.

Fox said he brokered a deal to get Missoula County to better respond to victims of sexual assault, and then took that platform across the state.

“That was my assurance to the federal government. If they would back off, that this was something that I had authority to do and so we did it,” said Fox.

Through the work of the SAKI,1,252 untested rape kits were collected from 42 jurisdictions across Montana. Leaders used federal grant money to send the kits off to an out-of-state lab and get them tested.

All 1,252 kits were tested. Of those, 458 kits were eligible to get uploaded to a massive government DNA database called CODIS. Another 322 were not eligible and 365 of the kits did not contain DNA.

“We had to go to all police chiefs and all of the county sheriffs and ask for these numbers. And we ended up finding out that there were 1,252 untested sexual assault kits that have accumulated in our state,” said Fox.

However, the SAKI has done so much more than just collect, count and test rape kits. It also instilled major changes across the board in Montana.

New policies and procedures are now in place, brought forth by the task force. The rape kit itself has changed and is now equipped with a bar code to track the progress through the system. On top of that, there are also more efficient ways to protect the confidentiality of the victim and their kit.

And, there are more changes on the way with the passing of Senate Bill 52 during the 2019 legislative session. The bill will provide victims with an anonymous way to track their kits, as well as create a timetable for when kits need to be collected and delivered.

From interviews with local Montana police agencies, MTN News learned that some were unequipped to handle the kits. Others, like the Billings Police Department Police, were waiting for DNA technology to catch up. 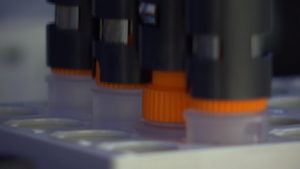 As a detective, he’s well trained and versed with nearly a hundred sexual assault cases coming across the desks of Billings police detectives each year.

Cardillo said their agency has been collecting rape kits since the 1980s and that much hasn’t changed in recent years.

“Technology has caught up we are able to successfully prosecute a lot more cases,” he said.

Cardillo said 430 of their untested rape kits were submitted as a part of Montana’s initiative to end the backlog. But it wasn’t because detectives forgot about them, said Cardillo.

“Those kits were not submitted initially because we had a victim that didn’t want to prosecute or lost contact with us or we didn’t have a known offender,” said Cardillo.

Those kits are slowing coming back with DNA “hits” from a massive government DNA database called CODIS that in recent years has expanded. That means sexual assault cases that were once cold are now positioned for finding a suspect.

At last check, Cardillo, along with a prosecutor, a victim advocate, and others, are now re-investigating 31 cases, from years ago.

“We are able to take those kits from the ’70s and ’80s and ’90s and still use the advancement in DNA to extrapolate the evidence from there and apply it back to that case 20 years ago,” said Cardillo. 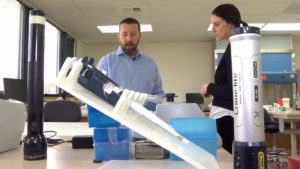 “I believe there’s an influx at all crime labs, and I do believe it is awareness,” said Pasternak.

Pasternak said nearly half the evidence that comes into his lab is rape kits.

He said if a rape kit matches the standards for DNA, it will be sent to the CODIS database. But before even opening a kit, the technicians at the crime lab get familiar with the case with a review.

“So we identify most likely what’s going to be informative in this kit and then we will separate those samples and track them through our system,” said Pasternak.

In response to the influx, the state of Montana hired two full-time technicians that will work solely on rape kits. Pasternak also said a state of the art DNA screening robot was added to the mix to move kits along faster.

“If we’re analyzing it here in the laboratory, that means that the law enforcement agency and attorneys feel that it’s something they are going to pursue,” he said.

The DNA screening robot is still in its testing and validating stages, but is set to be used in a few months.

Attorney General Fox said the mission of the SAKI is to ultimately provide victims with accountability and faith in the justice system.

“We’re using a trauma-informed victim-centric approach now, which we didn’t really do just a few years ago in Montana,” he said. 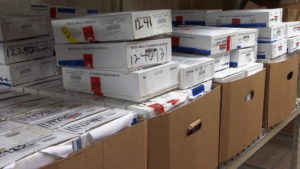