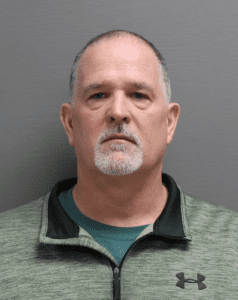 GREAT FALLS – A new judge has been assigned to oversee the criminal case against the former Cascade County undersheriff.

John Stevens has been charged with one count of felony theft after he took several firearms from the Cascade County Sheriff’s Office when he retired.

Earlier this month, a prosecutor within the Montana Attorney General’s Office filed a motion to substitute Judge Elizabeth Best from the Stevens case.

The other three judges within the Eighth Judicial District declined to accept the case. Judge Amy Eddy of Kalispell has since accepted.

County officials have also confirmed Stevens is no longer an employee of Cascade County.

After over 20 years with the Sheriff’s Office, Stevens became the Disaster and Emergency Services Coordinator for Cascade County.

He was placed on administrative leave in December during the investigation into the criminal matter.

Scott Van Dyken has since been the acting DES Coordinator.

The DES Coordinator/Emergency Manager position currently has a job listing, but the closing date is set for this Friday.