Per the Every Student Succeeds Act (ESSA), signed into law by former President Barack Obama in December 2015, the reports are a federal requirement. They mandate that both state and local educational agencies, those which specifically receive Title I funding, “prepare and widely disseminate an annual report card.”

National supporters of the so-called “ESSA report cards” claim issuing the findings provides an equitable way in which to pinpoint areas needing improvement in state and local districts, while critics argue a heavy reliance on test scores creates only an allusion of accountability.

GFPS Superintendent Tammy Lacey told MTN following the release of the report, “The quality of the educational opportunity offered to students in districts and schools based on what is presented in the ESSA report card cannot be realistically and accurately discerned.”

“Educating all children to their individual potentials cannot just be measured by tests and quantitative data that can easily be depicted in user friendly graphs,” Lacey added. “Multiple factors and measures must be considered.”

The data, published by the Montana OPI on April 22, largely measures academic achievement via standardized testing within GFPS during the 2017-18 year. Widely utilized in the report, the ACT evaluates high schoolers, whereas the Smarter Balanced Assessment Consortium (SBAC) assesses elementary-level students. The district is divided into two categories: high schools and elementary/middle schools.

Great Falls High School (GFH) and C.M. Russell High School (CMR) ranked above the state average in college readiness; however, both fell 6% below Montana’s average graduation rate. Combined, both high schools sat only three points under the state attendance standard, although GFH’s near seven-point deficit accounted for the majority of the drop.

Academics, as measured by a sole districtwide ACT test, varied considerably. The two high schools were discerned to be in need of “targeted support” for underperforming groups, such as Hispanic, Native American and Special Education students.

In contrast with their secondary counterparts, the district’s 15 elementary schools and two middle schools ranked above the state attendance average. Scores in reading, math and English proficiency (as measured by the SBAC) were mostly on par with the rest of Montana.

Meadow Lark Elementary School soared in comparison to others of its kind around the district and state, with an over 20-point surplus of advanced students in both math and reading. Attendance rates stood 15% above average.

“At best, the scores are a snapshot of student achievement,” Supt. Lacey said of the data.

“It is important to keep in mind that the elementary ESSA report card ‘student achievement scores’ and ‘student academic progress’ scores are comprised of the results of one test, the [SBAC], given in the spring to students in the grades 3-8,” Lacey continued. “The high school ESSA report card is the result of one half-day of ACT testing for 11th graders only.”

Lacey also expressed concern at the report’s inability to exhibit positive patterns within GFPS. She said that while, for example, the percent of proficient elementary students increased from the last academic year, the report is designed not to show that.

“[It] also does not report trend information,” she said. “Individual schools also showed marked improvements, but you can’t tell that from the report card presentation. Our scores are headed in the right direction.” 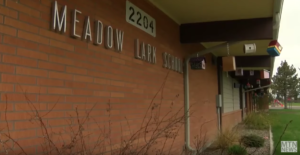 Still, Lacey points to a lack of resources throughout the district to address, in her words, “the achievement gaps that do exist.”

“As we have reduced the number of teachers by over 100 in the last 10 years and cut such things as afterschool, summer and other intervention programs, there is less help for students,” she explained.

“Given the ever increasing number of children who come to school hungry, homeless, lonely and traumatized, we need more, not fewer, trained and talented educators in our schools if we want to improve student success — however it is measured.”