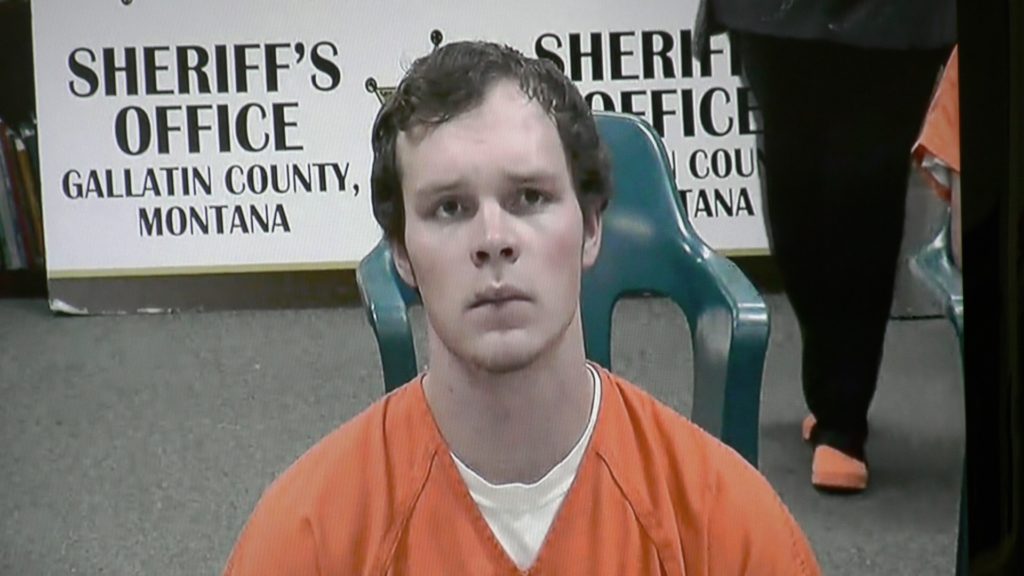 In Justice Court Monday, bail was set at $150,000 for 19-year-old Nicholas Steinmann, the suspect in a high-speed chase through Bozeman and Belgrade on Friday.

Steinmann’s next court appearance is scheduled for 8 a.m. on May 24.

(5/3/2019, 9:22 p.m. MDT) Investigators in Gallatin County say it was a tense and dangerous situation Thursday night and early Friday morning between Belgrade and Bozeman.

Bozeman police say a high-speed chase ended with the man who led the pursuit getting injured, along with an officer.

It all started with a call from the man’s friend, fearing for the suspect’s life.

“Anybody else that’s on the road with an individual who is acting with complete disregard for their safety, there’s a risk,” Captain McNeil says.

When both Gallatin County Sheriff’s deputies and city police found him, the captain says the situation got worse, weaving in and out of early-morning traffic.

“This went on for roughly two hours of us locating this individual, losing the individual and then, ultimately, came back into town,” McNeil says.

Officers systematically called off the pursuit out of precaution for other drivers, as the chase went from Huffine to Cottonwood, Cottonwood to Norse, over to Jackrabbit, then back.

Captain McNeil says the chase, in part, came up through Cottonwood and eventually came all the way back to the intersection of Huffine and Cottonwood, where it came to a stop.

“The individual basically stopped in the middle of traffic,” McNeil says. “Our officers engaged in negotiations with that individual who was believed to be armed with a weapon and did an awesome job of expressing concern for that individual.”

The initial report told officers that the man might have had a gun.

Captain McNeil adds his officers were able to reach the man by phone.

“He was refusing to follow the officers’ request,” McNeil says. “Ultimately, the decision was made to remove him from the vehicle.”

“Both that individual and one of my officers received minor injuries during that,” McNeil says. “I know that a taser was deployed.”

No one else was hurt, something the captain says was remarkable.

In the end, the man was arrested, a conclusion that, McNeil says, could have ended a lot worse.

“It can go so badly and the fact that over a sustained incident in which an individual is endangering everybody and doesn’t care about life or limb and that it all ends up with just a minor injury to him and to one of my officers is pretty remarkable,” McNeil says.

The man was charged with criminal endangerment.

Captain McNeil says there could be more charges added.

He’s set to be in court next week.
Cody Boyer
Cody Boyer