GREAT FALLS – The first Saturday of May means something special in the Electric City: the annual “Cruisin’ the Drag” Car Show.

Over 800 vehicles were showcased in Great Falls on Saturday morning for the 20th anniversary of one of the most popular car shows in the state. Beginning at 10 a.m., over nine blocks of Central Avenue were blocked off to make way for thousands of attendees.

The event featured all sorts of cars, from one-of-a-kind antiques to military vehicles. There were over 800 autos on display, including an original Model T and a souped-up Dodge Charger. Several motorcycles, camper trailers and trucks also made an appearance. 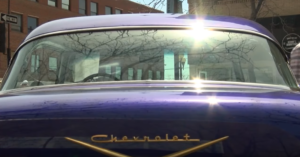 Over a dozen local food vendors opened shop for the event, downtown shopping was in full force and donations were accepted throughout the day for the Great Falls Community Food Bank.

Cruisin’ the Drag was sponsored and organized by Lithia Subaru of Great Falls and the statewide organization Montana Car Shows and Cruises. Lithia took over sponsorship of Cruisin’ the Drag in 2015; previously, Bennett Motors had overseen the annual festivities.

“Crusin’ the Drag 2019 was a huge success,” said a Facebook post from Lithia. “A massive thanks goes out to the Lithia Subaru employees that worked at organizing and planning this event and all the sponsors and businesses that were a part of this signature Great Falls attraction.”

Mark Heims lives in Great Falls and tries to attend every year. “I am impressed by the quality of vehicles that make the show,” he told MTN. “I particularly like the muscle cars — but enjoy looking at all of them.”

As per usual, awards were apportioned to some of the best rides on display. Recognition was given for Best of Show Motorcycle, Best Engine, Best of Show Truck and Best Paint.

Cruisin’ the Drag kicks off the car show season in Great Falls, as several others have already been set in stone for the summer months. A few upcoming local shows include: