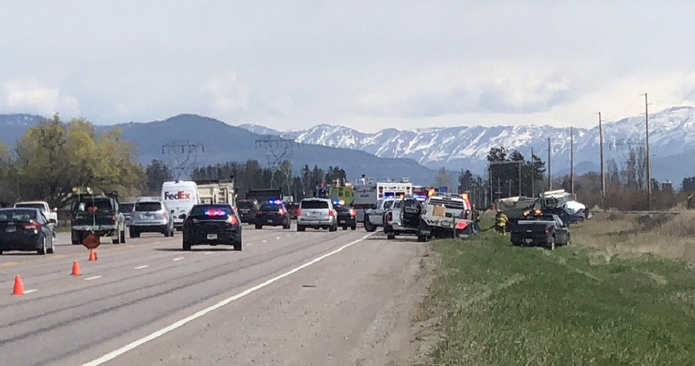 KALISPELL- A 68 year-old Flathead Valley woman is dead after a crash with dump truck Tuesday morning on Highway 2 near Kalispell.

For unknown reasons, the blue passenger vehicle pulled over to the side of the road and the driver re-entered the outside traffic and attempted to make a U-turn.

Trooper Ren tells MTN News the dump truck was in the inside lane, attempted to brake to avoid striking the vehicle, but was unable to, striking the driver side of the car.

The driver of the car died, her passenger, 63 year old woman, was transported to a local hospital with serious injuries.

The male driver of the dump truck was not injured.

​Trooper Ren tells MTN the crash is still under investigation, but says alcohol and drugs do not appear to be involved.