Man accused of fleeing officers in Bozeman, carrying nearly a pound of meth 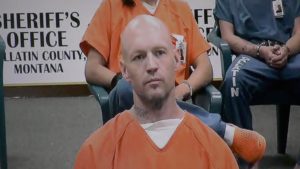 BOZEMAN – A man was arrested in Bozeman on Tuesday after allegedly leading an MHP trooper on a high-speed chase with nearly a pound of meth in his backpack.

Court documents state an MHP trooper began a pursuit of Barclay as he exited off I-90 Tuesday morning, heading eastbound from the intersection of Alaska Road and the Airport Road interchange.

Barclay was reportedly speeding, passing vehicles, and driving in the opposing traffic lane. He did not yield to the trooper’s emergency lights and siren, according to court documents.

The trooper estimated that Barclay was driving around 90 miles per hour when he turned east at the intersection of Alaska and Valley Center Road. As Barclay allegedly continued to drive into oncoming traffic and pass vehicles, the trooper discontinued the pursuit in the interest of public safety.

According to court documents, dispatch received calls from the public saying a vehicle had crashed near the intersection of Valley Center and Catron Street, and a man later identified as Barclay was seen running west from the scene.

A Gallatin County Sheriff’s Office deputy located Barclay near a building in the 2500 block of Catron Street and arrested him after a brief pursuit on foot.

Barclay allegedly had a small amount of methamphetamine in his pocket. When his belongings were inventoried at the Gallatin County Justice Center, officers reportedly found three-fourths of a pound of meth in his backpack. According to Bozeman police, that amount of meth indicates intent to distribute the drugs.