Those who received awards were nominated by fellow employees for doing things that went above and beyond their normal duties during the past year.

Cascade County Sheriff Jesse Slaughter said, “Law enforcement is kind of a thankless job, often times we only see people on their worst days. So, it’s a really important thing that we recognize them.”

Some of the awards included a Lifesaving Award, a Distinguished Service Award, and several Certificates of Appreciation.

Detention Officer Jacob McMahill received the Lifesaving Award. He received the award for his selfless actions on April 15, 2019 when he witnessed a vehicle accident. The vehicle was smoking, but he quickly pried open the door, removed the driver and placed a tourniquet on the driver’s arm. Without his actions, the driver of the vehicle would not have made it. 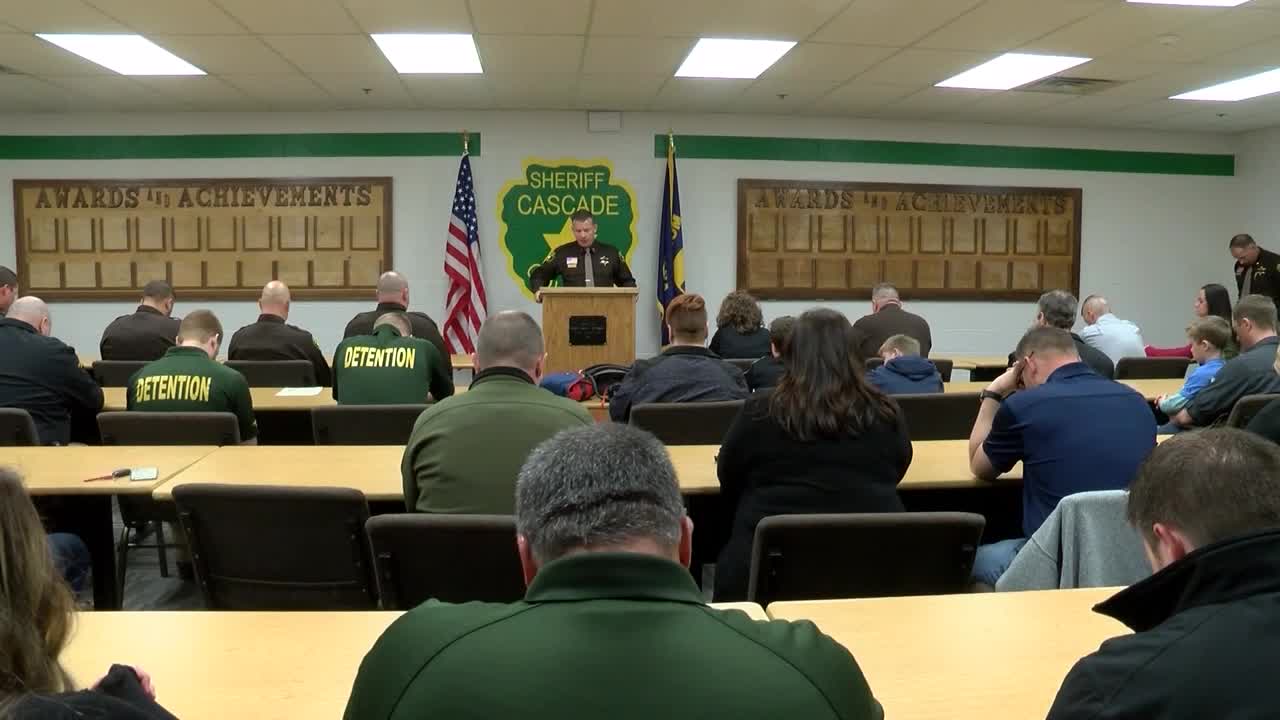 Lieutenant Bob Rosipal received the Distinguished Service Award because he spent 25 of his almost 27 years in law enforcement with the Cascade County Sheriff’s Office. Lieutenant Rosipal held many roles during that time.

A Live Saving Commendation Award was given to Jon Leach and Russell Taylor for their bravery and efforts in helping their neighbors get out of their home safely after a natural gas explosion in August 2018.

“Mr. Leach and Mr. Taylor rescued a couple out of burning building and it was a gas fire, it completely engulfed in flames and they selflessly went inside and rescued them and put themselves in literally grave danger,” said Sheriff Slaughter. “Not only did they save two people, they also, they did what we do. The community and law enforcement are one in the same. Every day, citizens rescue other citizens.”

Sheriff Slaughter plans to make the awards ceremony an annual occurrence in order to give credit where credit is due.

“The reality of it is, we could probably hold an award ceremony once a week and give away awards for a job well done. So, this is just a small sampling of the great things that my office does.”