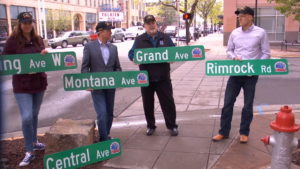 BILLINGS – The USS Billings commissioning committee unveiled five street signs that are going to be hung in the historic ship on Friday.

The five street signs that made the cut were King Avenue, Grand Avenue, Montana Avenue, Central Avenue, and Rimrock road.

The signs will be hung in the corridors of the USS. Billings. to decorate the ship and represent the city of Billings.

The U.S. Navy has announced that the USS Billings will be commissioned on Saturday, Aug. 3 in Key West, Fla. The USS Billings is the 15th in the class of Littoral Combat Ships, which are known for their speed and versatility.