(HELENA) Helena mayor and U.S. Senate candidate Wilmot Collins made his first appearance in court Tuesday in connection with a crash last week.

Collins pleaded guilty to careless driving and not guilty to leaving the scene of an accident.

The charges stem from a crash that happened May 20 at the intersection of Last Chance Gulch and Lyndale Avenue. Helena police said a driver from Butte had been stopped at the light when Collins’ vehicle struck hers from behind.

Collins told the court Tuesday his vehicle had lurched forward.

“My foot slipped off the brakes, and I immediately went back and hit the brakes and stopped,” he said.

Collins said he saw the other driver turn into the parking lot at the armory, but that he drove off because he didn’t believe he had made contact with her vehicle.

“As I approached Benton Avenue, I heard a honk,” he said.

Collins said the other driver was behind him. They turned into the Vans Thriftway parking lot, where the woman told him he had struck her vehicle. Collins said he looked at both vehicles and saw they appeared to have minor damage from a crash. 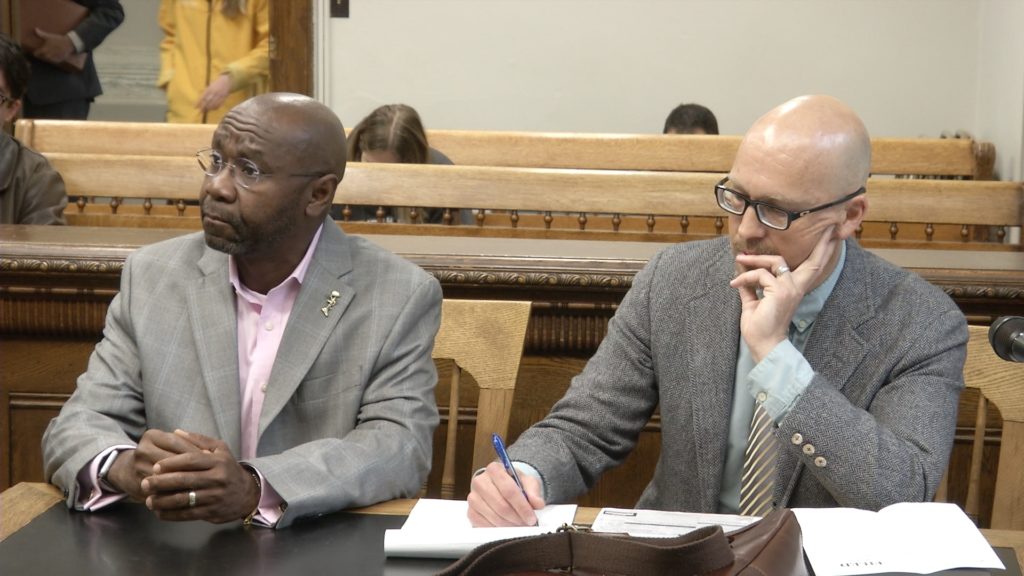 Lewis and Clark County Justice of the Peace Mike Swingley accepted Collins’ pleas. He ordered Collins to pay a $100 fine – with $50 of that suspended – and a $35 surcharge on the careless driving charge. After six months, the charge could be vacated.

“That’s what I normally give everybody, and so that’s what I’m going to impose today,” said Swingley.

Collins paid the $85 to resolve that charge immediately after the hearing.

Brian Miller, Collins’ attorney, told MTN it will likely be several months before the charge for leaving the scene is fully resolved. He said they are currently looking at the evidence.

Miller asked the court for a subpoena to get surveillance video from the Vans Thriftway lot.

This story was updated at 5 p.m. with additional information.