KALISPELL – A bear was recently put down in Northwest Montana.

Montana Fish, Wildlife & Parks reports they captured a subadult male grizzly bear north of Kalispell and euthanized the animal because it was food conditioned.

FWP personnel captured the bear May 30, on private property off Lost Creek Drive west of Farm to Market Road, according to a news release. 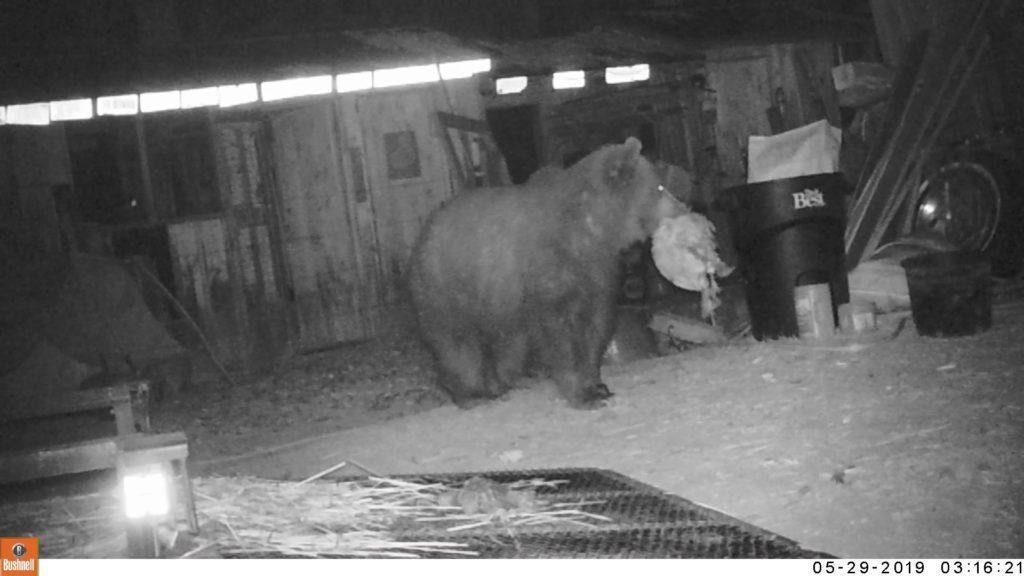 The bear had repeatedly broken into chicken coops and killed numerous chickens over several days, according to FWP.

It was also documented breaking into unsecured garbage and bird feeders throughout the surrounding residential area.

The bear was estimated to be three years old and weighed 195 pounds.

FWP is monitoring increased bear activity across northwest Montana, including the Ferndale and Whitefish areas, and personnel are actively working to reduce conflicts in collaboration with landowners.

Residents are encouraged to report any possible bear activity as soon as possible.