Update 2:36 p.m.- Prosecutors have identified the man arrested Monday in connection with shooting in Shepherd, an incident described as a shootout over a drug deal.

Gregory Allen Johnson Allen Johnson, 40 of Billings, is facing two counts of assault with a weapon for the early Monday incident at Beas Lane in Shepherd.

One man was shot three times in the right arm, right side of his chest and in the back. The second victim, a teenage boy, was shot in the arm. The man’s wife and their 2-year-old child were also at the residence during the shooting, along with the teenager’s girlfriend. 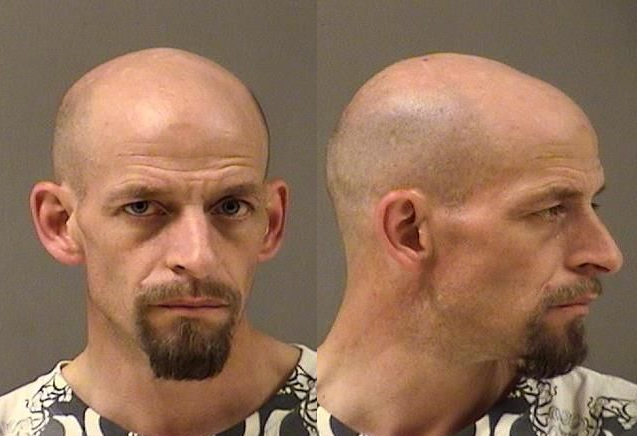 Prosecutors state that Johnson was one of three men who approached the door of the residence with pistols in hand. One victim, identified as D.O in court documents, initially couldn’t identify who shot him three times, but later named Johnson as the shooter and described his vehicle.

The man’s wife said she heard two loud bangs on the front door, as if someone were knocking with a gun, and a half hour later someone entered the unlocked back door with a gun. Her husband exchanged fire with the intruder multiple times, according to court documents.

Deputies looked at surveillance video from neighbors and saw what looked like a flash coming from the home, then two people running out, followed by a third, according to court documents. Other video showed flashes coming from the house and striking the fleeing vehicle.

Deputies found Johnson at his home in Billings Heights. He told them that he agreed to go with two other men to confront D.O. about a previous drug deal. Deputies had noticed a large marijuana bong in the Shepherd home after the shooting.

Johnson also told deputies that the first shots came from inside the home, and his two companions fired back. He said he fired his gun into the air. He also said he stashed one of the guns at his home.

BILLINGS – A second man has been arrested in connection with a Monday morning shooting in Shepherd, Yellowstone County Sheriff Mike Linder said Tuesday.

At about 11:30 a.m. Tuesday, law enforcement took an adult male into custody from inside a residence at Custer and Second Street West in Billings, Linder said.

The man is the second person arrested in connection with the shooting incident on Beas Lane in Shepherd early Monday morning. Deputies made an initial arrest Monday afternoon.

Neither suspect has been identified. The second man had an injury when he was located that was possibly a bullet wound.

Linder said there were no shots were fired during the arrest and the injury does not appear to be life-threatening.

This investigation is ongoing and the Yellowstone County Sheriff’s Office is following up on information of a possible third person involved at the incident.

The man and teenage boy injured by gunfire in the shooting were both transported to the hospital with non life-threatening injuries.