Billings’ largest home, with storied past, hits the market at $16.5 million

BILLINGS- After years of sitting vacant, a $16.5 million mansion, nestled in the Ironwood subdivision and once the property of a man now in federal custody, has gone on the market.

Dawn Maddux with Engel & Volkers Western Frontier of Missoula has taken on the property to get it sold. Maddux is no stranger to selling multi-million-dollar homes, and most recently sold a private island property on Flathead Lake for $13.9 million in 2018. 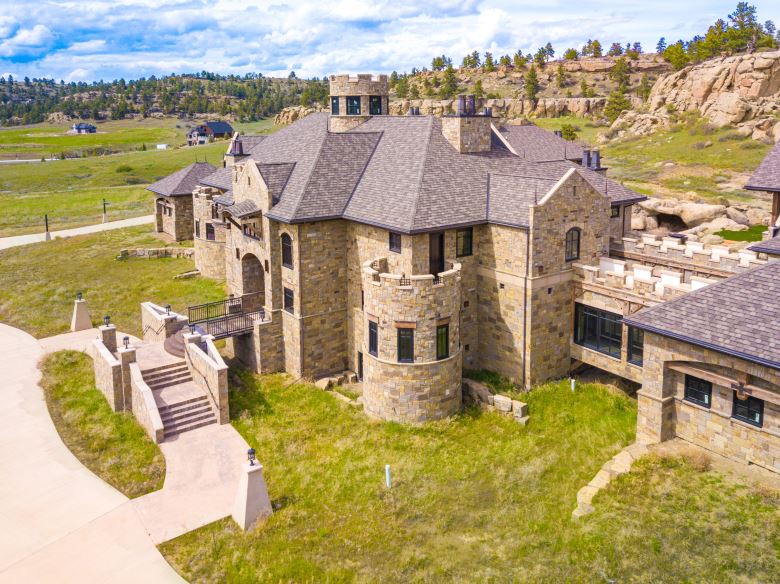 According to the listing, perched above Billings with views as far as the eye can see, the property features 10 bedrooms, 19 bathrooms, a 14-car garage, a five-story elevator, an indoor shooting range, three swimming pools and a bowling alley.

“Designed to invoke the feeling of a modern-day castle, the property features turret and a moat with an affixed draw bridge.”

The U.S. Department of Justice said Price embezzled $20,321,134 from three coal-related companies; Ninety M, LLC, a Wyoming company, Three Blind Mice, LLC, another Wyoming company and Signal Peak Energy, which operates a Roundup coal mine, from about October 2016 until April 2018.

Three Blind Mice is listed as the current owner, according to Montana property records.

Prosecutors had said he used the embezzled $20 million to develop and build the Canyonwood Drive mansion on the Billings West End, which is the city’s largest home.

Previous:
Developer of Billings’ largest mansion admits in federal court to money laundering and faking his own kidnapping