The Montana Department of Agriculture has named the new coordinator of the Montana Hemp Program. 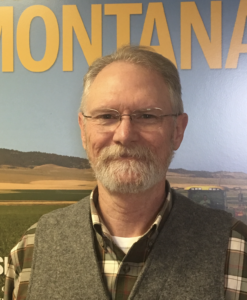 MDA Director Ben Thomas announced Wednesday that Andy Gray, a nearly 20-year veteran of the MDA, will assume the position.

Gray has been deeply involved in crafting Montana’s hemp plan since the beginning and he will start his new position immediately, according to a press release.

“Montana’s producers are fortunate to have a person of Andy’s caliber heading up our hemp program,” said Thomas. “With Andy’s knowledge of Montana commodity laws and his experience here at the Department I know he will serve our state well.”

A press release states Montana was one of a handful of states to have a fully federally compliant hemp pilot program under the 2014 farm bill.

In 2018, Montana grew the most acres of hemp in the United States.

With the signing of the 2018 Farm Bill, coupled with several pieces of legislation from earlier this year, Montana is poised to build significantly on those 2018 acres, according to the press release.

For more information, visit the Montana Department of Agriculture’s website.