Tests for metals in the water will be concluded on Monday, and the DEQ expects those to also be negative.

Driscoll said the tests were a precaution and residents are safe to drink and use their water again.

MTN News reported Friday morning that a Wye Area Water System water storage tank had been potentially contaminated after a beer bottle was found near the water tank, indicating that someone had illegally accessed the area.

MISSOULA – A water storage tank west of Missoula was illegally accessed and the drinking water may be contaminated.

Dennis Williams with the Wye Area Water System says a beer bottle was found by the water tank, and vandalism to the water tank is possible.

This could have led to the introduction of unknown contaminants into the system’s drinking water.

Residents are advised not to drink or boil the water as boiling water can elevate chemical levels.

Bottled water is recommended for drinking, making ice, brushing teeth, and food preparation at this time.

Williams says bacterial and chemical samples were taken, and the Missoula City-County Health Department and the Montana Department of Environmental Quality have been notified of the situation.

The first round of test results came back negative Friday morning and the final results are expected between Friday night and Monday.

The Wye Area Water System says water is currently running, but residents are being advised not to drink or use it until testing is complete. 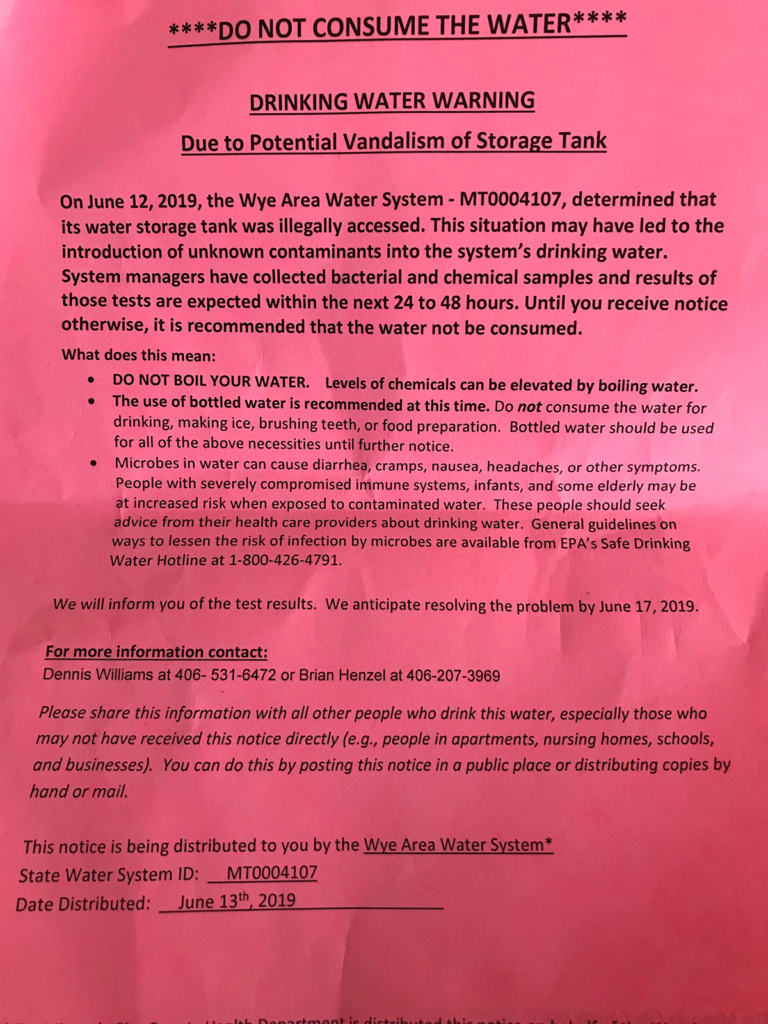