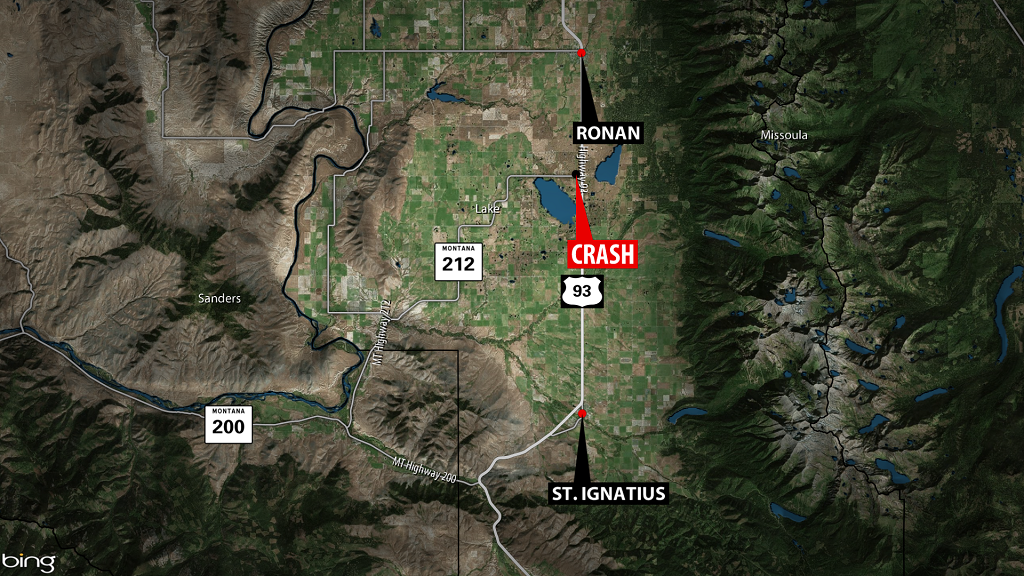 UPDATE 11:50 PM: The Montana Department of Transportation reopened Highway 93 in the area of Monday morning crash that killed three people.

Speeds in the area remain reduced.

The Montana Highway Patrol Trooper on the scene says two men in their 20’s and one woman in her 60’s were killed. No identities, hometowns released.

Lake County Sheriff Don Bell tells MTN News the crash was reported at after 7 a.m. on US Highway 93 North about one mile north of Nine Pipe Lodge.

Sheriff Bell says two vehicles were involved in the accident. One car was from out-of-state while the second vehicle had Montana plates.

Sheriff Bell said three people were killed in the crash and that the identities and ages will be released later after families have been notified.

The roadway is expected to be closed for several hours.