Several people have been implicated in an alleged scheme to smuggle drugs and other contraband into the Cascade County Detention Center.

Cascade County Sheriff Jesse Slaughter reported the scheme involved close coordination between inmates and individuals who were not in custody.

The smuggling would typically occur as follows: Individuals not in custody would bond an inmate with a low bond out of jail. When the inmate got out, the inmate would be taken to a location where he would be provided with different “packages.”

The “packages” were made of either balloons, condoms, or saran wrap, which contained different illegal articles. The illegal articles in packages varied, but would typically include methamphetamine, Suboxone, marijuana, tobacco, lighters, and rolling papers.

After the bonded out inmate was provided the packages, they would then swallow the packages or hide the packages in an orifice. Once the inmate was loaded with contraband, the inmate was required to commit a new crime, or otherwise engage in conduct, which would result in their bond getting revoked or them being re-arrested. The inmate would then return to the jail, according to Sheriff Slaughter. 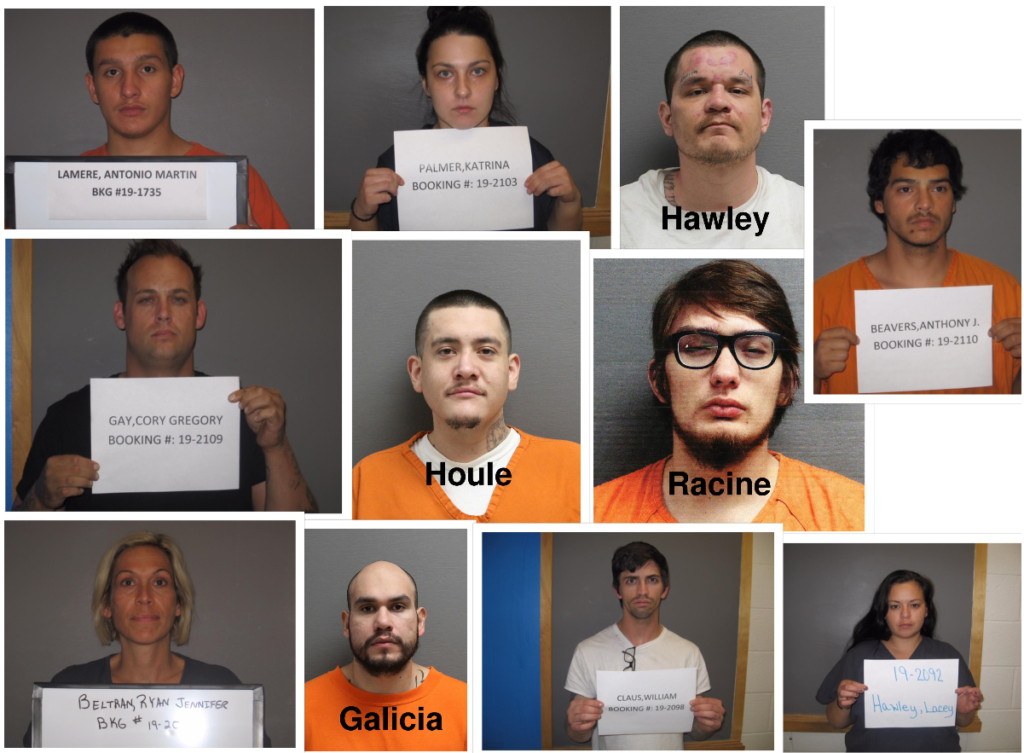 Sheriff Slaughter also named the individuals outside of the jail who are accused of facilitating the trafficking. Those people include Traci Lamere, Cory Gay, Katrina Palmer, Lacey Hawley, Antonio Lamere, and Ryan Beltran. Kalled Jaha, Anthony Beavers, and William Claus were also involved on the outside, as individuals who were not in custody.

Detectives from the HITDA (High Intensity Drug Trafficking Area program) included the Cascade County Sheriff’s Office, Great Falls Police Department, Conrad Police Department and the U.S. Marshals, who all assisted in the arrest of several suspects during the investigation.

At this time, Traci Caplette and Kalled Jaha have not been arrested and have active warrants. Sheriff Slaughter asked for anyone with information concerning Caplette and Jaha to contact the Cascade County Sheriffs Office 406-454-6978 or call 911.

Sheriff Slaughter is holding a press conference regarding the alleged scheme and investigation at 3 p.m. Wednesday. We will update you with any new information.