Lewistown man dies in crash on Highway 87 near Raynesford 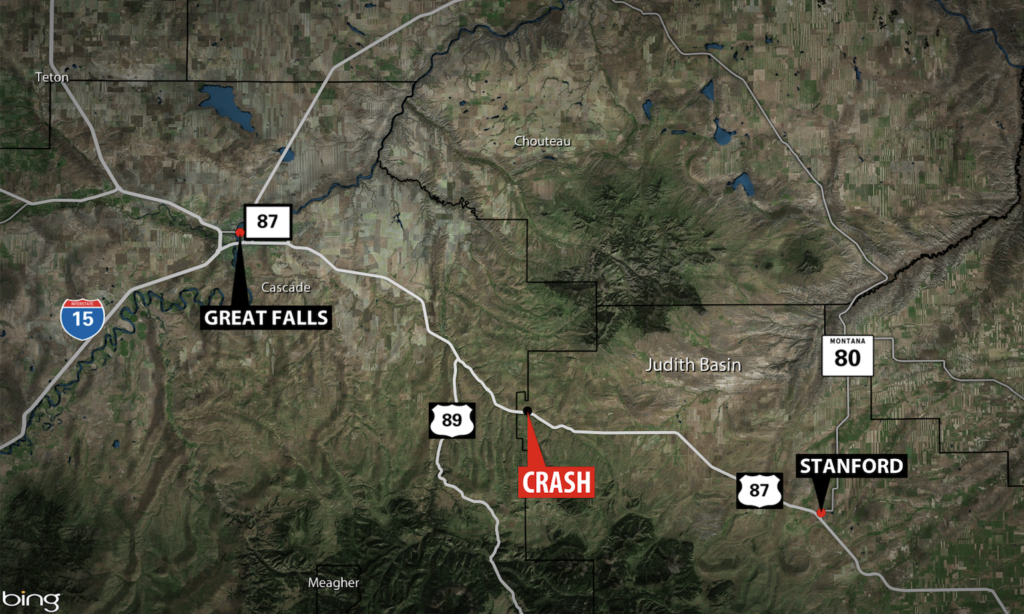 A Lewistown man died in a Sunday evening crash along Highway 87 in Judith Basin County.

Emergency crews responded to reports of a head-on collision on Highway 87 near Raynesford at around 6:51 p.m. Sunday.

According to the Judith Basin County Coroner’s Office, 68-year-old Glenn E. Gauer died on the scene of the two-vehicle accident.

The occupants of the second vehicle were not injured.

Speed is a possible factor in the crash. The MHP and Judith Basin County Sheriff/Coroner are investigating.