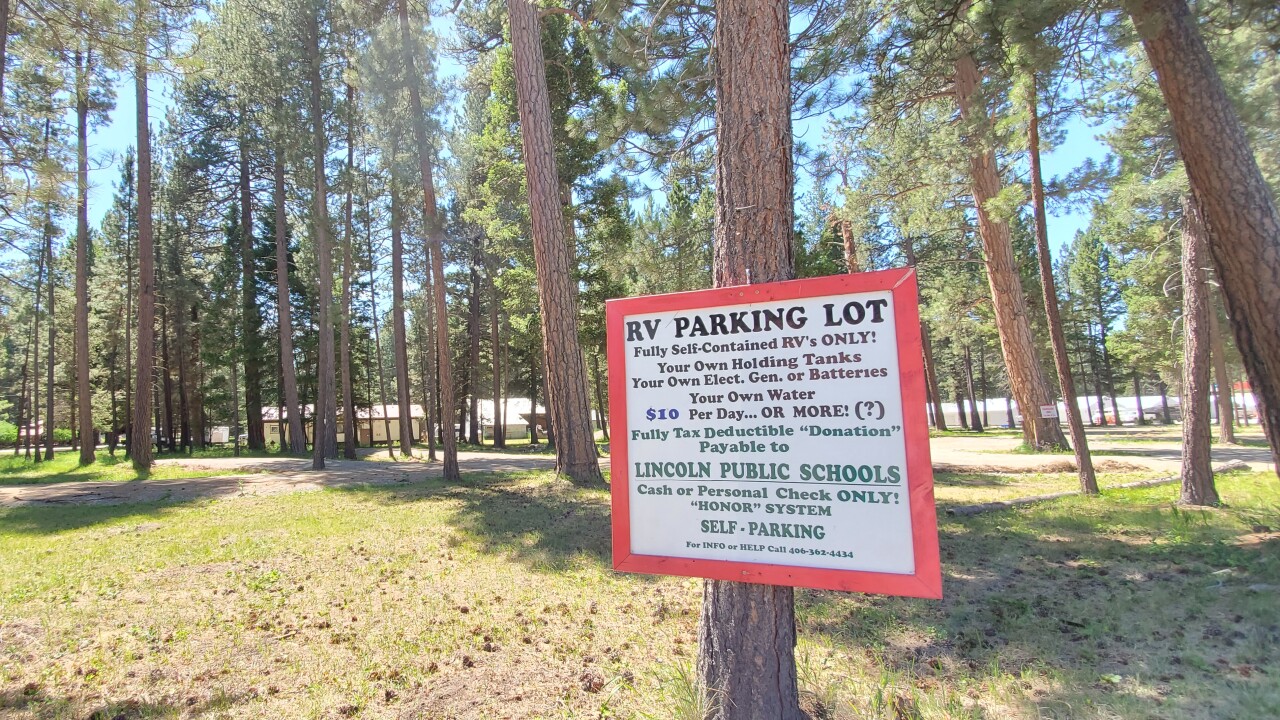 LINCOLN — There is a new RV parking lot in Lincoln, Montana. Instead of collecting profits, they are collecting school donations.

Referred to as Steve’s Place, it is a 12-space RV Parking lot with spaces ranging from 33-70 feet in downtown Lincoln.

However, Steve says the RV parking lot is not a business.

“While I say it is not a business, I do ask for donations which all go to the Lincoln Public School," says Hartman.

Steve wishes to give more to the youth in Lincoln. He set up a locked mailbox to put donations for those who stay. Only Lincoln Public Schools have access to it.

"It is wonderful to try and really honor what Steve wants to happen,” says Jennifer Packer, Superintendent of Lincoln Public Schools. “He wants all the funds to go to the schools, and he really wants the projector. So that for the community, we can do movie nights. It's kind of bringing the community together, which is awesome."

The minimum to stay in the RV parking lot is $10. Of course, you are allowed to give more. Steve says he hopes to fundraise enough money to give the students, at Lincoln Public Schools, a projector for movie screenings.