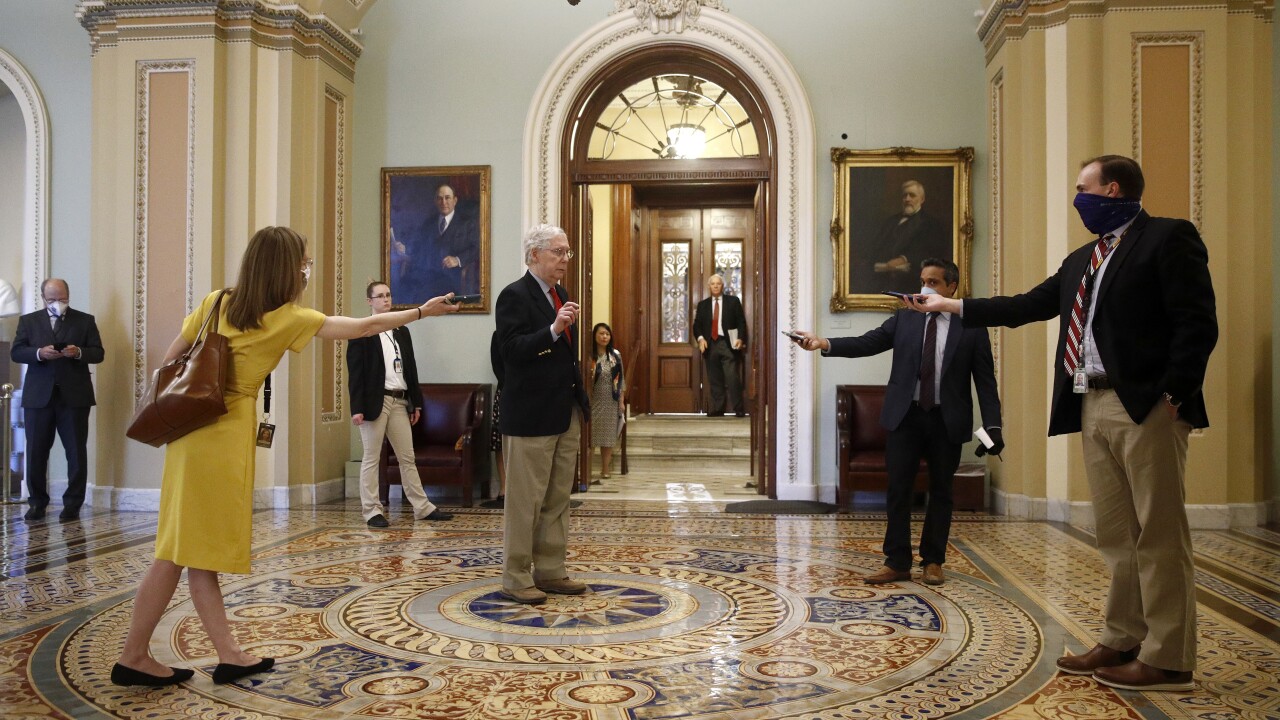 The House of Representatives voted on Thursday to approve replenishing the fourth round of stimulus funds amid the spread of COVID-19.

The bill was approved by the House by a 388-5 margin. It previously passed the Senate by a voice vote, and now awaits President Donald Trump's signature.

Last week, the Paycheck Protection Program, which is intended to assist small businesses with making payroll to offset the economic impact of COVID-19, ran out of funding. As it ran out of money, it was discovered that some larger business and organizations, such as Shake Shack , Ruth's Chris Steakhouse and Harvard University, were among those that received funds.

Shake Shake said earlier this week that it was unclear on the guidance on who was eligible for the funds. The burger chain announced that it would return its share of funding, and on Thursday, Ruth's Chris announced it would return $20 million.

Also, Trump said other large companies would need to pay back the money they received, and that the White House and Treasury Department would add additional guidance for a second round of funding.

The bill would add $321 billion to the Paycheck Protection Program, with at least $60 billion of the PPP subsidy to guarantee loans made by smaller depository institutions, credit unions, and community financial institutions.

Another section of the bill provide would $75 billion in funding to reimburse health care providers for expenses or lost revenues that are attributable to the novel coronavirus. It also would provide $25 billion to develop, purchase, administer, process, and analyze tests for COVID-19.

The bill would provide $62 billion for salaries and expenses and for loan programs of the Small Business Administration. That amount includes $10 billion for economic injury disaster loans.