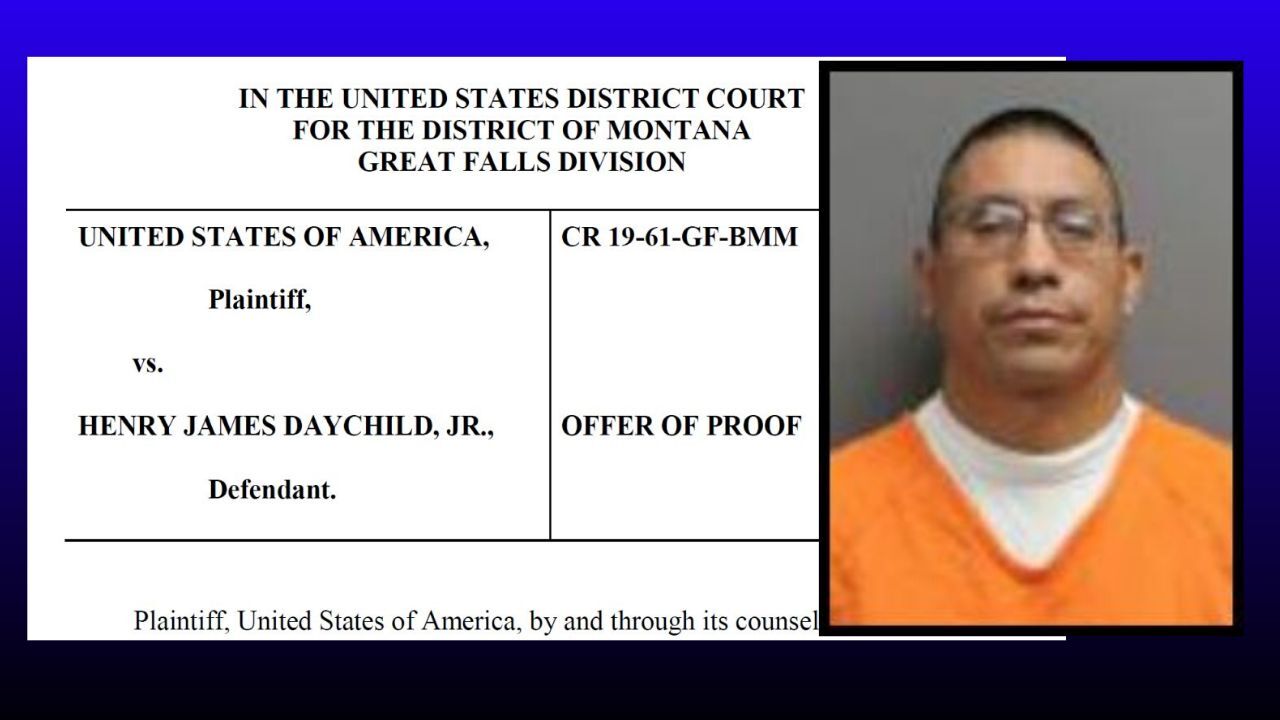 Henry James Daychild, Jr. of Box Elder, accused of assaulting and strangling a woman on the Rocky Boy’s Indian Reservation, pleaded guilty in federal court in Great Falls on November 1st to domestic assault by a habitual offender.

Daychild, 41 years old, admitted to the crime during a hearing before U.S. District Judge Brian Morris, according to a news release from U.S. Attorney Kurt Alme.

The prosecution said in court records that Daychild assaulted the victim on May 23, 2018 by hitting her and strangling her several times. The victim lost consciousness twice during the assault. She escaped to a neighbor’s home to call the police and sought medical care. The victim has sustained serious injuries in the past as a result of Daychild’s abuse.