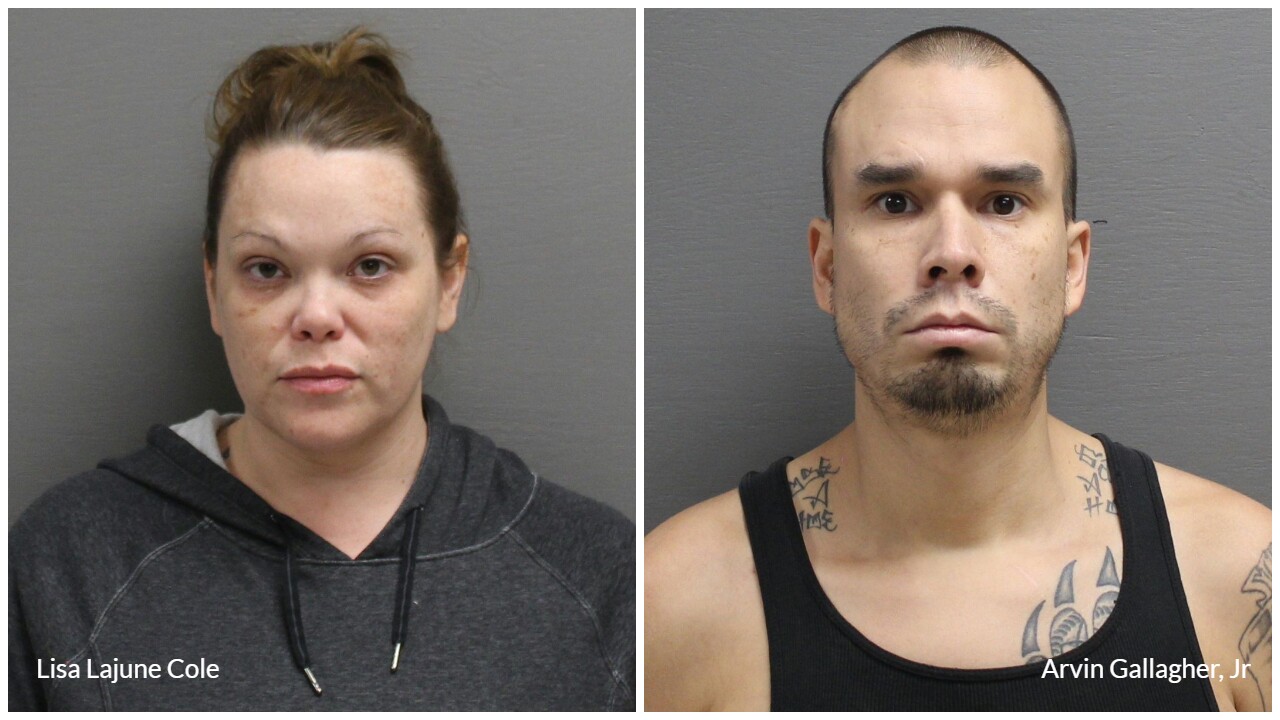 Lisa Lajune Cole has been charged in Great Falls with obstructing justice, a felony, after she allegedly was caught hiding a fugitive in her residence.

Officers knocked and announced their presence numerous times for about 20 minutes, according to court documents, and called for Gallagher to come outside. Eventually officers used a ram to breach the door, and then told the occupants to come out of the bathroom with their hands in the air.

Eventually Cole came out of the bathroom with a child, and she began yelling at the officers, who asked her where Gallagher was hiding. The court documents say that Cole was "adamant" that Gallagher was not in the house. An officer advised Cole of the dangers of harboring a fugitive, at which point Cole reportedly began to cry and continue to deny that Gallagher was there.

An officer and a U.S. Marshal then found Gallagher inside the bathroom and arrested him. The court documents note that the bathroom is small, and it would have been impossible for Cole to not know that Gallagher was in there.