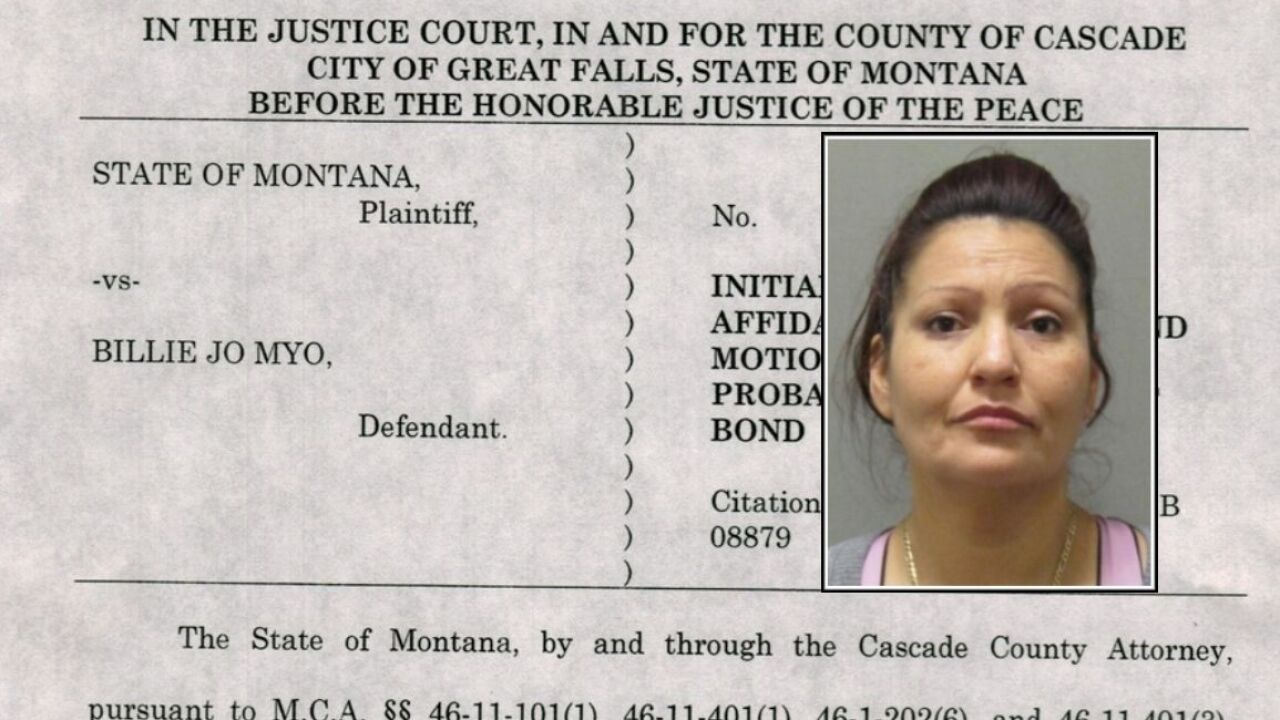 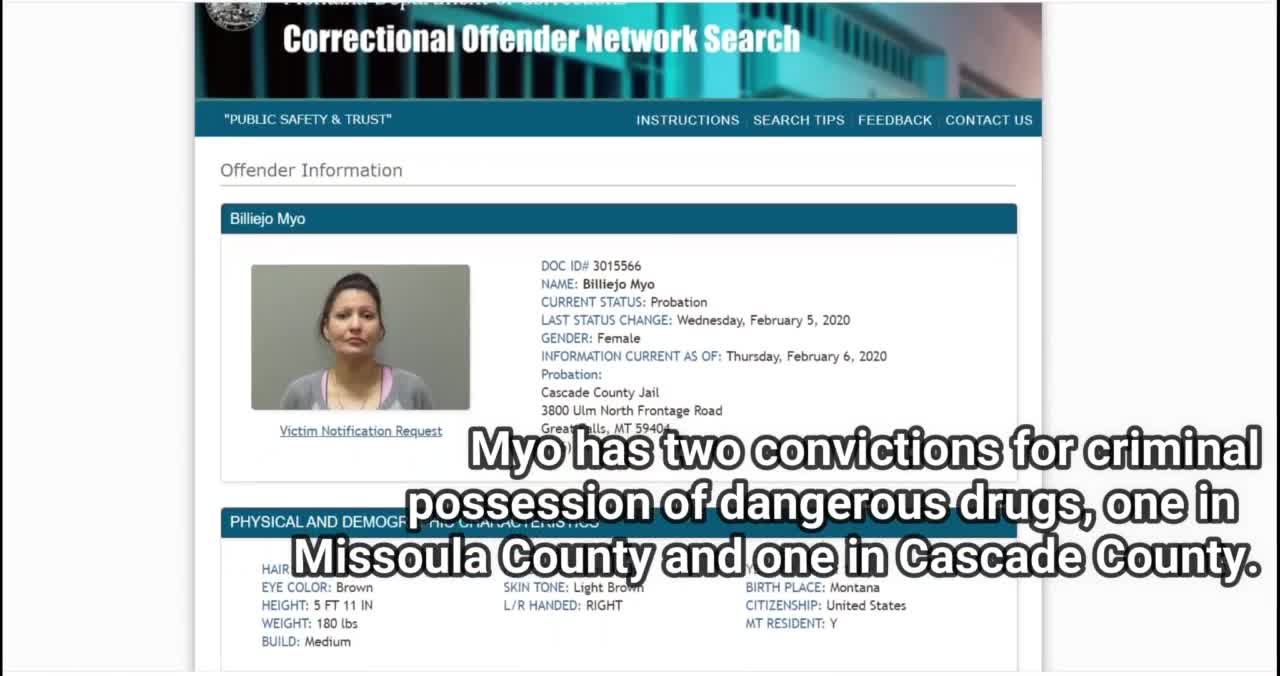 Billie Jo Myo has been charged after she reportedly tried to escape custody at the Cascade County courthouse on Wednesday.

Myo has two convictions for criminal possession of dangerous drugs - one in Missoula County and one in Cascade County.

On Wednesday morning, Myo was sentenced to five years with the Montana Department of Corrections after her parole was revoked on one of her convictions.

As she was being escorted by a Sheriff's deputy to the holding cell in the courthouse, she managed to escape from the deputy and ran downstairs to the second floor of the building.

The deputy chased and caught her, but she allegedly struggled, and a nearby civilian jumped in to assist in restraining her.

Myo was then taken into custody.

She has been charged with escape (felony) and resisting arrest (misdemeanor).