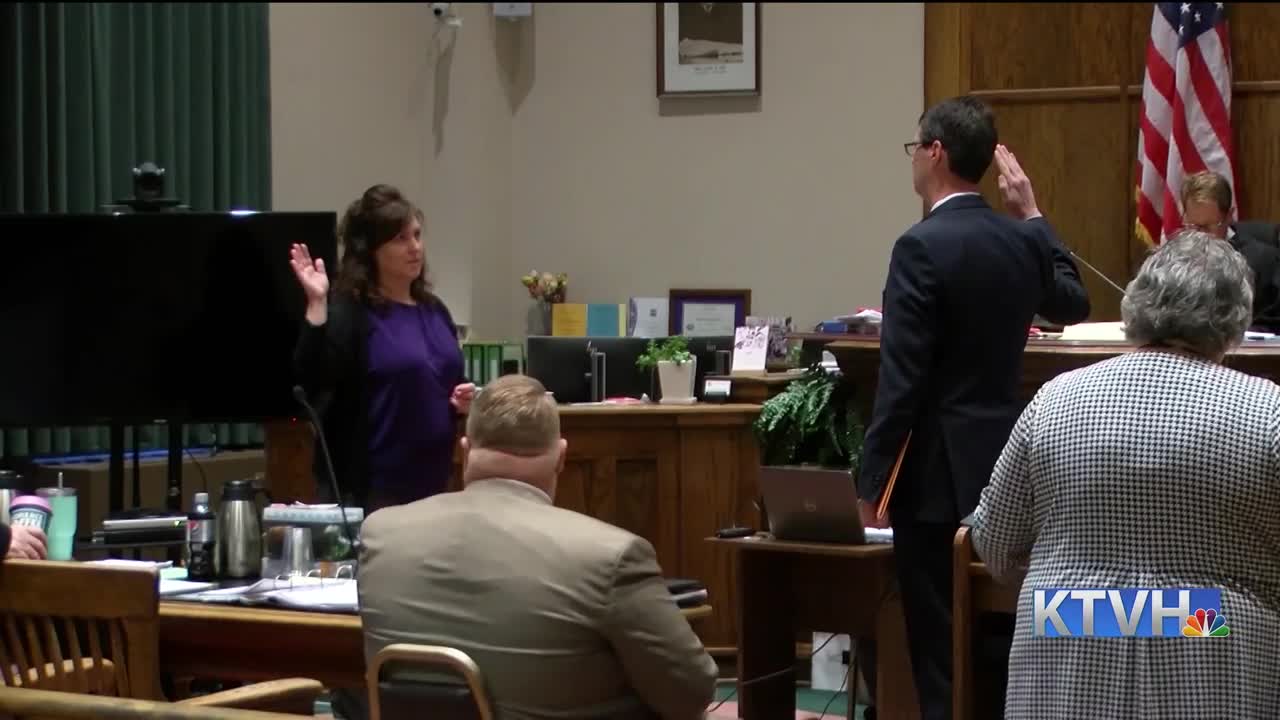 HELENA — The prosecution called in expert witnesses during the second day of testimony in the homicide trial of a suspect in a 2018 double murder.

Kyle Hamm is charged with deliberate homicide and tampering with physical evidence in connection with the March 2018 deaths of David and Charla Taylor.

Hamm's interview with investigators was played for the jury Wednesday afternoon.

In the interview he told authorities he drove Kaleb Taylor and Journey Wienke to the home of the Taylors the night they died.

Hamm also said he drove the three of them to a car wash immediately after being at the Taylors’ residence, paid for a wash and kicked a knife into a drain.

During the more than 2 hour interview with law enforcement, Hamm maintained he never left the truck when the Taylors were killed, had nothing to do with their deaths and knew nothing about any intention to kill them.

He also told the officer he was aware Kaleb had unpaid debts to former acquaintances.

In the morning, the jury heard testimony from Kevin Winer, a Criminalist at the Kansas City Missouri Police Crime Laboratory and blood splatter expert.

During Winer’s testimony, the jury saw pictures of the Taylors deceased in their home and covered in blood.

Lewis and Clark County prosecution say Hamm is legally accountable for the murders of the Taylors by being a party to a robbery that led to their deaths.

Kaleb Taylor plead guilty to killing his parents in July of 2018.

Journey Wienke has yet to stand trial.