Ana Suda and Mimi Hernandez claim they were illegally detained 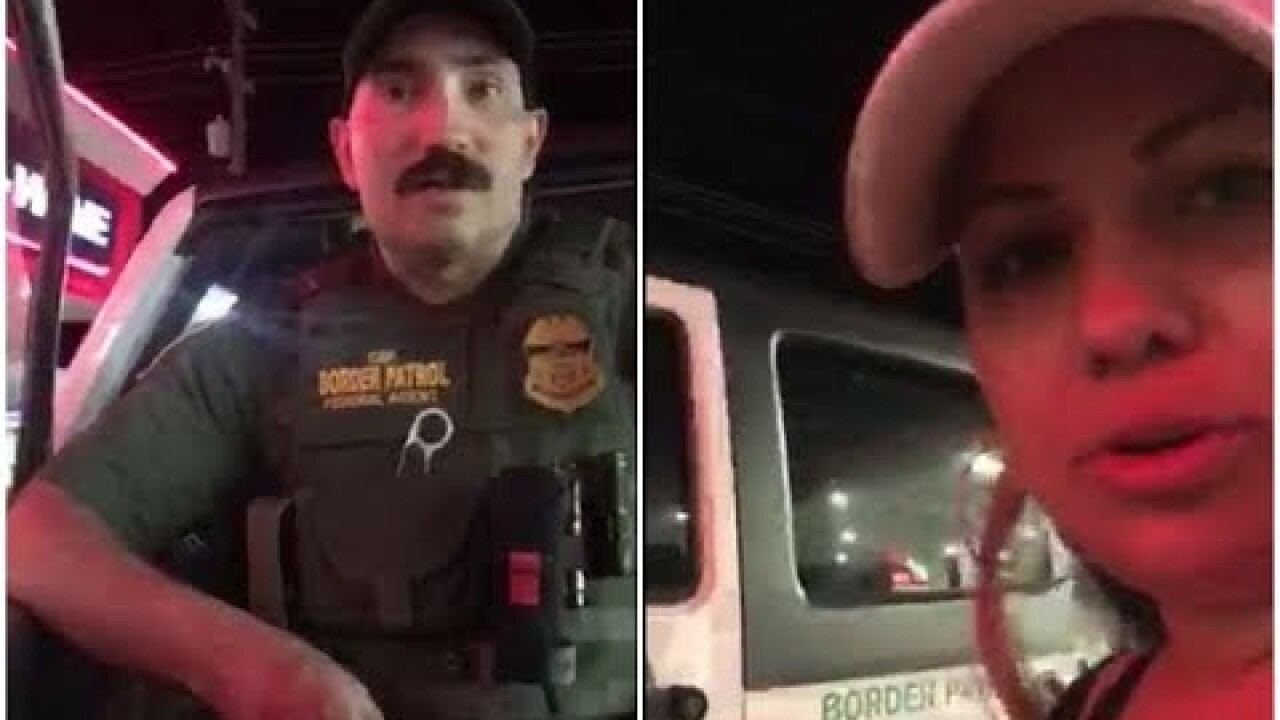 A federal judge in Great Falls heard from U.S. Customs & Border Protection representatives and the American Civil Liberties Union of Montana regarding an incident that happened in Havre in May 2018.

CBP filed a motion to dismiss the case in which Ana Suda and Mimi Hernandez claim they were illegally detained. A video taken by Suda, which eventually went viral, shows a CBP agent questioning the two women for nearly 17 minutes.

In the video, Suda asks the agent why they are being questioned and the agent responds saying he heard them speaking Spanish and it is unusual for that area.

“To Ana and Mimi’s credit, they stood up for their rights when they were unlawfully detained by federal agents,” said Alex Rate, the ACLU Montana legal director. “After Ana and Mimi were detained from U.S. Customs and Border for speaking Spanish, we filed a complaint in federal court asking a couple of things. One is compensation for what occurred to them but also what we are trying to do is get the court to issue an injunction to prevent this type of harm being done to other Latinx individuals within this region."

CBP representative Chad Spraker argued the women were not targeted for speaking Spanish and the agent was not racially profiling them. He also argued they they can not prove that substantial or immediate injury happened after the incident.

“The government filed a motion to dismiss those injunction claims and the primary reason that they argue those claims should be dismissed because it is unlikely that harm will happen to Ana and Mimi in the future. We believe that is simply untrue,” Rate said.

“The incident itself is troubling enough because they were engaged in utterly normal conduct that you and I do on a daily basis, shopping at the grocery store or shopping at the convince store, and they were pulled aside in that situation and we believe that’s simply unconstitutional,” Rate said. “I came out of the courtroom feeling positive. Regardless of what happens with our claims for what are called injunctive and declaratory relief, we’re still going to be allowed to proceed on our claims against Agent O’Neil and against the United States government.”

Rate says he hope this case sets the tone for future ones.

“It’s fair to say that Customs and Border Protection has an oversized presence in Havre and small rural towns in Montana within the rural sector. So, the likelihood that someone who is Latinx descent run into federal immigration authorities is pretty high,” Rate said.

(MAY 16, 2018) Ana Suda – who was born in Texas and has now lived in Havre for several years – stopped with a friend at a Town Pump store to buy milk and eggs.

They were speaking Spanish when a Border Patrol agent asked them for their documents. Suda said she paid for her items, gave the agent her identification, and she started recording video of the incident in the parking lot.

When Suda asked why he wanted to see their identification, the agent said, “Ma’am, the reason I asked you for your ID is because I came in here and saw that you guys are speaking Spanish, which is very unheard of up here.” The incident triggered an outpouring of emotions on social media : people condemning the agent for what they believe is racial profiling, and people praising the agent for working to protect the country from possible criminal activity.

“I am OK if they do their job, but this is profiling,” Suda told MTN News on Thursday.

“He asked where we were born so I said, ‘Are you serious?’ He was like, ‘Yes, I am very serious.’ I said I was born in El Paso, Texas, and my friend said she was born in El Centro, California,” Suda said.

The agent asked for their IDs and that is when Suda decided to start recording him in the parking lot of the gas station.

Suda said she was shocked and sad, but she never got mad about the situation.

“I want to know more. I want to know why you stopped me. This is weird to me because I know I was not doing anything wrong,” Suda said.

Suda says after about 17 minutes, she asked for her ID back, but the agent told her no, so at that point Suda considered herself to be detained. Suda said that the officer let them leave after about 35 minutes.

“A lot of people on Facebook say you have the choice to not give it to them, but you don’t,” Suda said.

Suda says her daughter has now asked her if she should continue to speak Spanish. “I want to be able to see my daughter do whatever she wants. If she is smart enough to speak another language, she should speak,” Suda said.

Suda is now considering moving from Havre because she does not feel as comfortable after this incident.

Suda told MTN News the day after the incident: “My family was asking me, because my family is still in Texas, and they were asking me, how is Montana about this? I said I have never had a problem before. I say Montana is perfect. I love the people here, the people are so nice. It is nicer than other states. I can not believe this happened.”

Suda told MTN News that even her husband, a former probation officer with the Montana Department of Correction who is in law enforcement, is questioning what happened: “He thinks it is very bad what this guy was doing because he does not have the right to do it.”

Suda says she is meeting with the ACLU to find out about her rights and what next steps she might take.