Miles charged with trying to kidnap a girl in Great Falls

Samuel Miles was arrested over the weekend 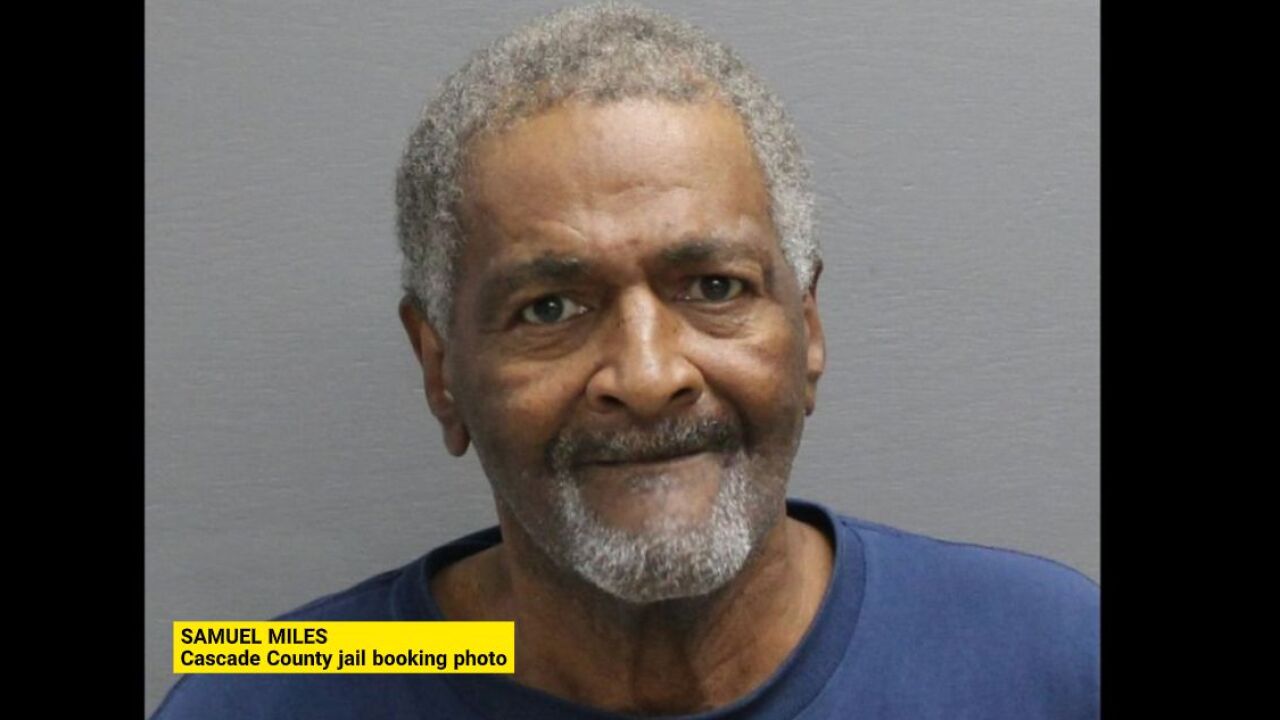 Samuel Miles was arrested over the weekend and has been charged with trying to kidnap a young girl in Great Falls.

Court documents state that police officers were dispatched at about 11:45 a.m. on Saturday for a report of an attempted kidnapping at or near 5th Avenue South and 23rd Street.

The intended victim, an 11-year old girl, told officers that she was walking home from a friend's house on the east side of the 400 block of 23rd Street South. She told police she saw a blue van on the opposite side of the street pull over and park. According to court documents, she told police that a man got out of the driver's side and told her to get in the van. She said she was afraid that the man was going to grab her arm, so ran away screaming toward her house.

She described him as an older black man with no teeth, and said he was wearing a brown fishing hat and possibly a grey shirt. The girl also told police that there was a passenger in the van who was "just sitting there."

The girl told her mother what happened and pointed out the van, which was still parked nearby. At that point, the driver - later identified as Miles - drove away.

The child's step-father then went outside to confront the men in the van. At that point, the van came around the block heading west on 5th Avenue South. The step-father noted that the driver matched the description his daughter had given. When he asked what Miles wanted with the girl, Miles allegedly said that the child was lying, and then drove away. The step-father was able to get the license plate number of the van.

Using the license plate number, police determined that it was the same van that had been stopped earlier in the day near 1400 Central Avenue for a traffic violation. The van is registered to Miles.

After the alleged attempted kidnapping, officers found the van and began questioning Miles; court documents say that he began protesting, saying, "I didn't do anything." Officers searched Miles and found a blow-torch style lighter, a folding pocket knife, and a purple rubber item that appeared to be a penis ring sex toy.

When asked about the incident involving the young girl, Miles told police that he had been looking for a girlfriend's house in the area, and had stopped to brush snow off of the street sign so he could read it. He said that he had seen the girl walking along the sidewalk and had told her to "just keep going," and stated that he had not said or done anything else, and the girl had run home.

A passenger in the van reportedly gave a "conflicting statement" about their purpose in the area.

The court documents note that Miles has a criminal history that stretches back to the 1960s and includes numerous parole violations.

Miles has been charged with one felony count of attempted kidnapping.

Prosecutors requested that bond for Miles be set at $75,000.