Pribyl charged after he reportedly pointed a gun at a man

Charged with assault with a weapon and disorderly conduct 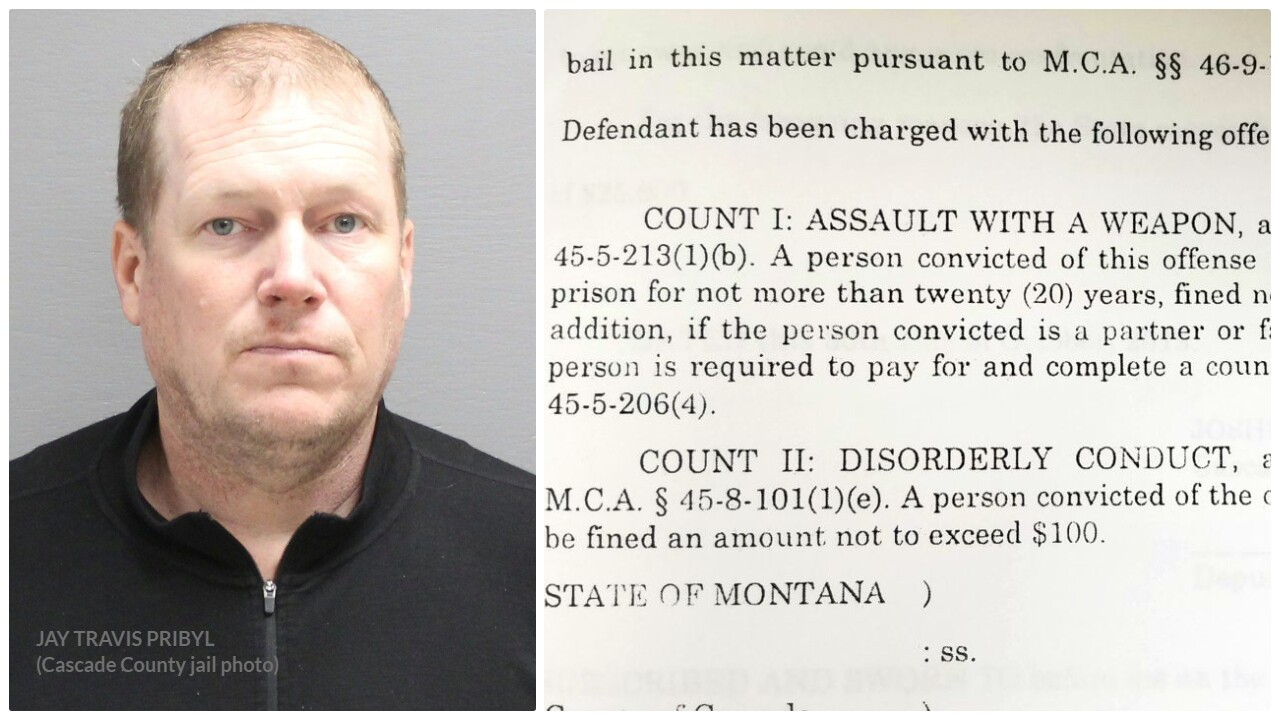 Jay Travis Pribyl has been charged in Great Falls after he reportedly pointed a gun at a man.

Court documents state that on Tuesday, Cascade County Sheriff's deputies responded to a residence in Cascade where a man said that Pribyl had pointed a gun at him.

The man ("John Doe") told officers that he was driving along Sheep Creek Road and pulled over to watch elk. He said a green pickup truck drove in front of his truck, preventing him from driving forward. The driver - later identified as Pribyl - then got out of his truck and pointed what Doe described as an "AR style rifle" at Doe.

Doe, fearing for his life, put his truck in reverse to drive away. The court documents allege that Pribyl put his rifle back in his truck, and then began following Doe. The man said that Pribyl appeared to be yelling at him, but could not make out what he was saying.

Court documents do not provide any other details.

Pribyl has been charged with assault with a weapon (felony) and disorderly conduct (misdemeanor).

Prosecutors requested that bond for Pribyl be set at $25,000.