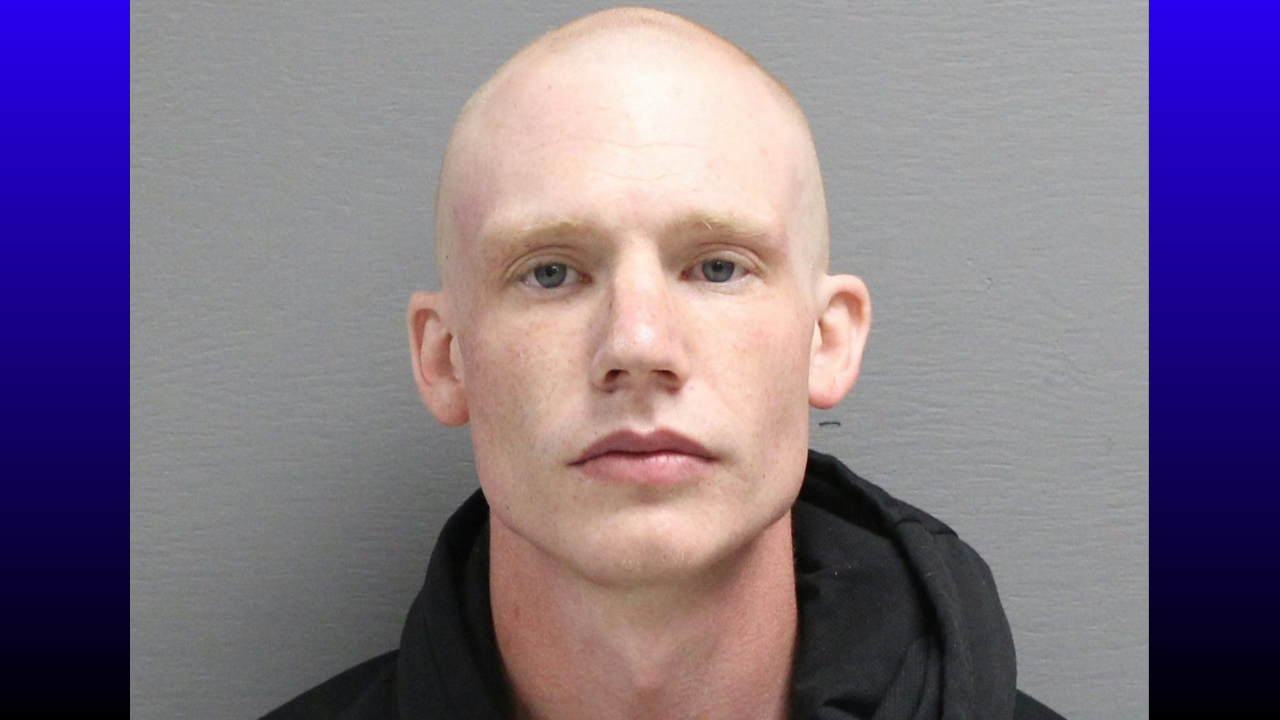 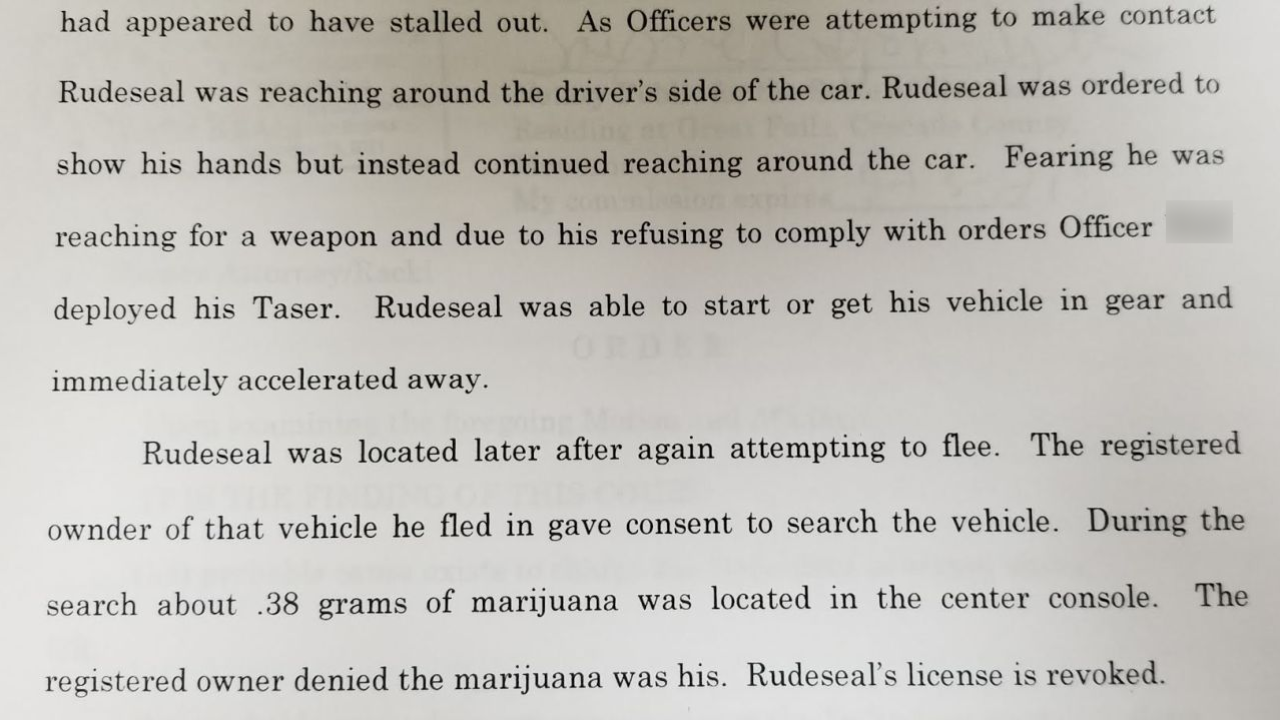 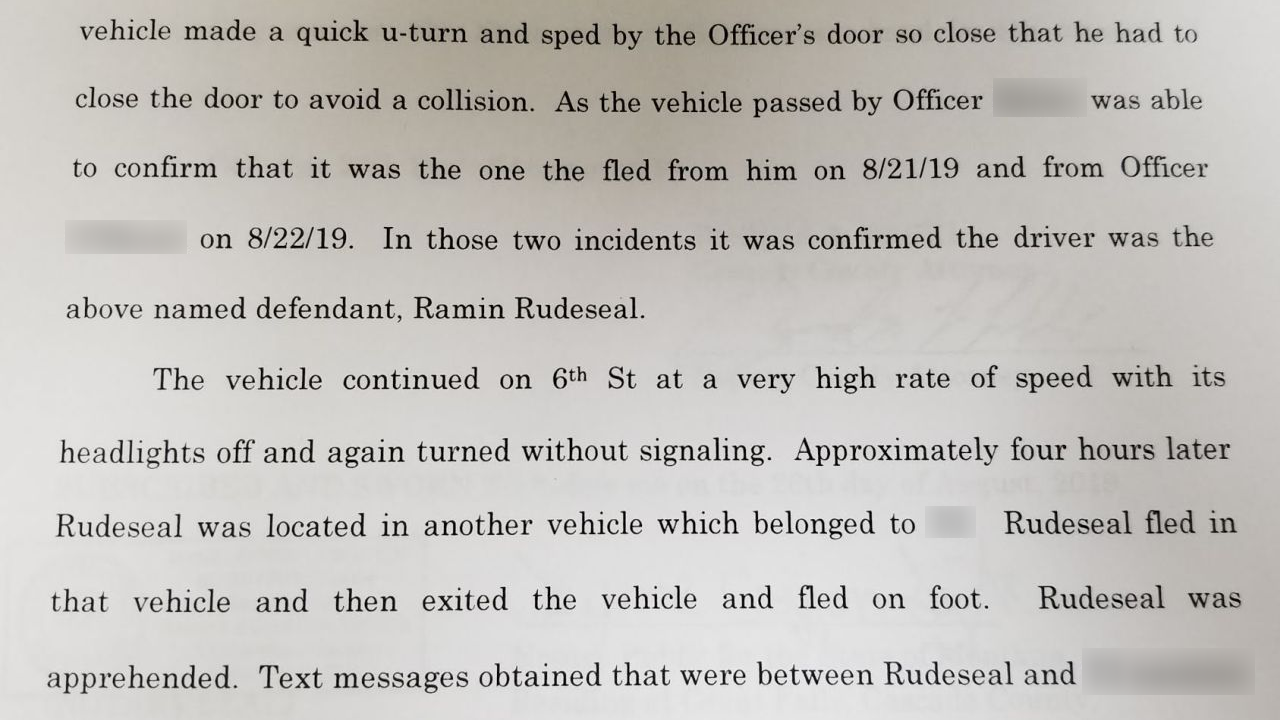 Ramin Paul Rudeseal has been charged in Great Falls after he allegedly led law enforcement officers on a high-speed chase.

Court documents state that a police officer noticed a Dodge Stratus just before 1 a.m. on Saturday, August 24, that matched the description of a car that had fled from officers earlier.

The driver of the Stratus - later identified as Rudeseal - made a quick turn onto 4th Street NW from Smelter Avenue when he saw the police officer. The officer activated his lights and siren and began following Rudeseal, who began speeding through residential areas at speeds of up to 70 miles per hour.

Rudeseal stopped for a moment at the intersection of Skyline Drive and 6th Street NW, which allowed the officer to catch up; the officer got out of his patrol vehicle, but Rudeseal then made a quick u-turn and sped by the patrol car. Court documents allege that Rudeseal's car was so close to the officer's car that the officer had to quickly pull his door shut to avoid being hit.

Rudeseal managed to elude the officer, but was found near 9th Street and 2nd Avenue North about four hours later in another vehicle. A police officer activitated his patrol car's lights and sirens, and Rudeseal drove away and did a series of turns in an attempt to get away; eventually he came to a dead-end, and officers approached Rudeseal in the vehicle. Court documents allege that Rudeseal was ordered to show his hands, but failed to do so, and continued "furtive movements" which the officers believed may have indicated that he was reaching for a weapon. One officer used a Taser on Rudeseal, but Rudeseal then managed to get his car in gear and drive away again.

Court documents say that Rudeseal was eventually apprehended after trying to run away on foot from an officer.

Court documents note that Rudeseal has a "very lengthy" criminal history that is "riddled with" failing to stop, failing to ID himself after accidents, felony DUI, and felony theft.

According to the Montana Department of Corrections, Rudeseal has felony convictions from several years ago in Cascade County for theft, criminal endangerment, and four or more DUIs.