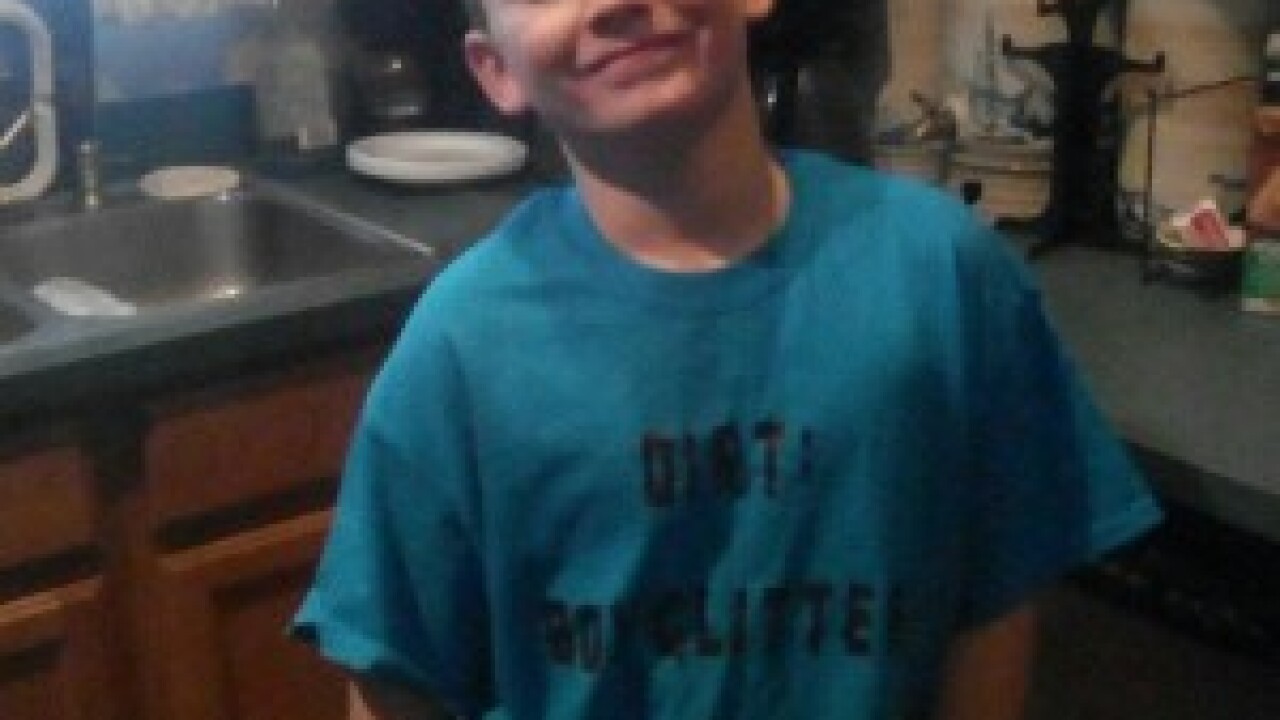 Three people are behind bars, charged with beating and torturing a 12-year-old boy to death .

Prosecutors said multiple times Thursday morning that they are behind the “systematic torture” that led to Hurley’s death.

“I’m devastated,” says a woman identifying herself as a past friend of Patricia Batts. “I’m mortified. I’m disgusted to my core.”

Charges of deliberate homicide by accountability are what the 12-year-old boy’s grandparents, Patricia Batts and James Sasser Jr., now face -- along with his 14-year-old uncle.

Although she wants to remain anonymous, the news rocked one of Batt’s close friends.

“Before it was confirmed to me, personally, that it was them, that these were...this was my friend that did this, I couldn’t help but go to what this was like for him and how scared he must have been,” says the woman.

Torture was a word used more than once by Gallatin County Deputy Attorney Bjorn Boyer.

“I believe the systematic torture and beatings are perpetrated on the victim in this case that led to his death,” Boyer said.

The extent of the harm done to Hurley’s is part of a series of crimes that Gallatin County Sheriff Brian Gootkin says is the worst he’s seen in his career.

“The preliminary report from Doctor Prasher was blunt force trauma to the back of James' head,” Gootkin said. “There are rumors flying around that James had committed suicide. That is absolutely not true. There’s no evidence to support that. As a matter of fact, we have three people in custody for the exact opposite.”

Court documents reveal a horrific timeline. Detectives found Hurley to be covered with injuries, having lived with Batts and Sasser for about two years.

After Hurley’s father passed away in 2018, his mother tried to call, with documents showing Batts blocked her from reaching him. Batts' friend says there was a breaking point.

“I knew something was wrong and I encouraged her repeatedly to get him some help and have him put somewhere and she just really expressed that she just did not like him,” says the woman.

Investigators found places in the home where large amounts of blood were cleaned with vinegar. Then, they found videos.

“She (Batts) is on a lot of the videos that show the torture to this young boy,” Boyer says. “She’s in the videos seen strangling the boy.”

“I trusted this woman,” says the anonymous source. “I’ve known her since 2008. I’m just reeling. I’m devastated for this little boy.”

“Everyone involved needs to go...be put somewhere where they can’t hurt anybody like this again,” says the woman. “I was shocked when she did that. There wasn’t any concern. It was like I think she knew because I kept expressing concern for him and him needing help.”

James Sasser III is being held now over in Billings and as stated before could face adult charges.

“We don’t have a juvenile facility in this county so when we do charge somebody with a juvenile, we have to take them someplace,” Gootkin said. “We took him to Billings as of yesterday so he’ll be there until his court hearings.”

In court, the prosecutor says he kicked James Hurley several times in the head.

Meanwhile, counselors and a crisis team from Gallatin County are being made available for students at West Yellowstone schools, where Hurley attended until Batts and Sasser pulled him from class in September of 2019.

“West Yellowstone is a small community and something like this really rocks it so we just want to make sure that we get everybody the help that they need,” Gootkin said. “It’s my understanding that CPS was not involved until we got involved and I can’t tell you how long this has been happening. That’s a part of the investigation.”

Sheriff Gootkin says this case is still heavily under investigation, with more revelations likely to come.