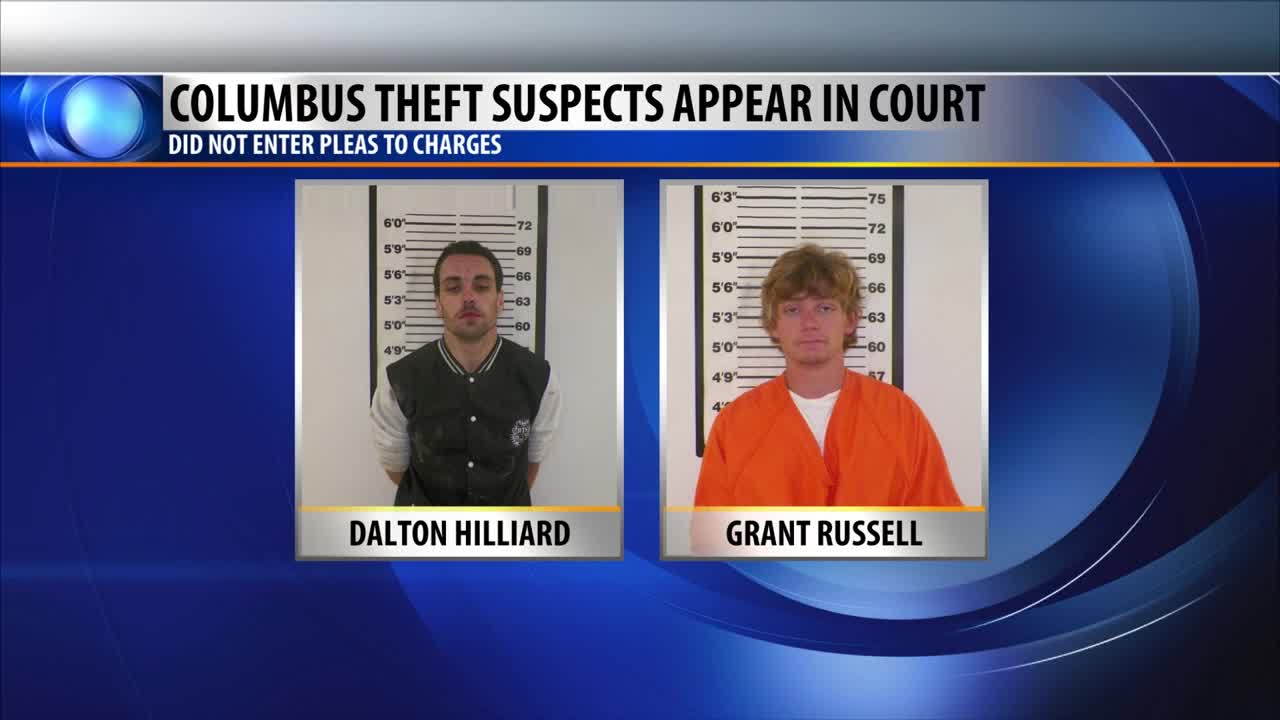 The two men accused of a major theft at Columbus High School Friday night made their first court appearance Monday.

Dalton Hilliard, 21 of Billings, and Grant Russell, 23 of Bozeman, appeared in justice court in Rosebud County but did not enter a plea for a long list of charges involving the theft of multiple cell phones, wallets, keys, and backpacks from the Columbus High school locker rooms during a football game. They are also accused of stealing two cars.

Both men requested defense attorneys during the hearing before Justice of the Peace Pro-Tem Alicia Fritz in Forsyth.

The two were arrested Saturday in Forsyth after crashing a 2006 silver Audi they allegedly stole.