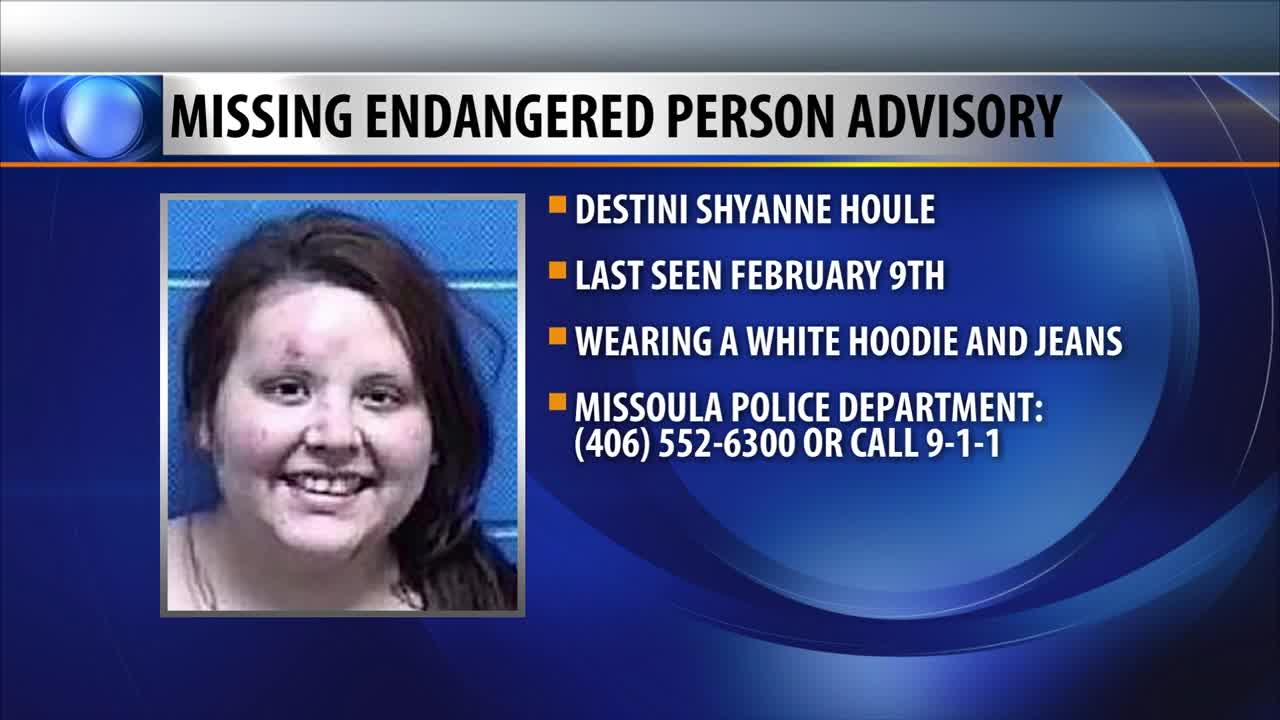 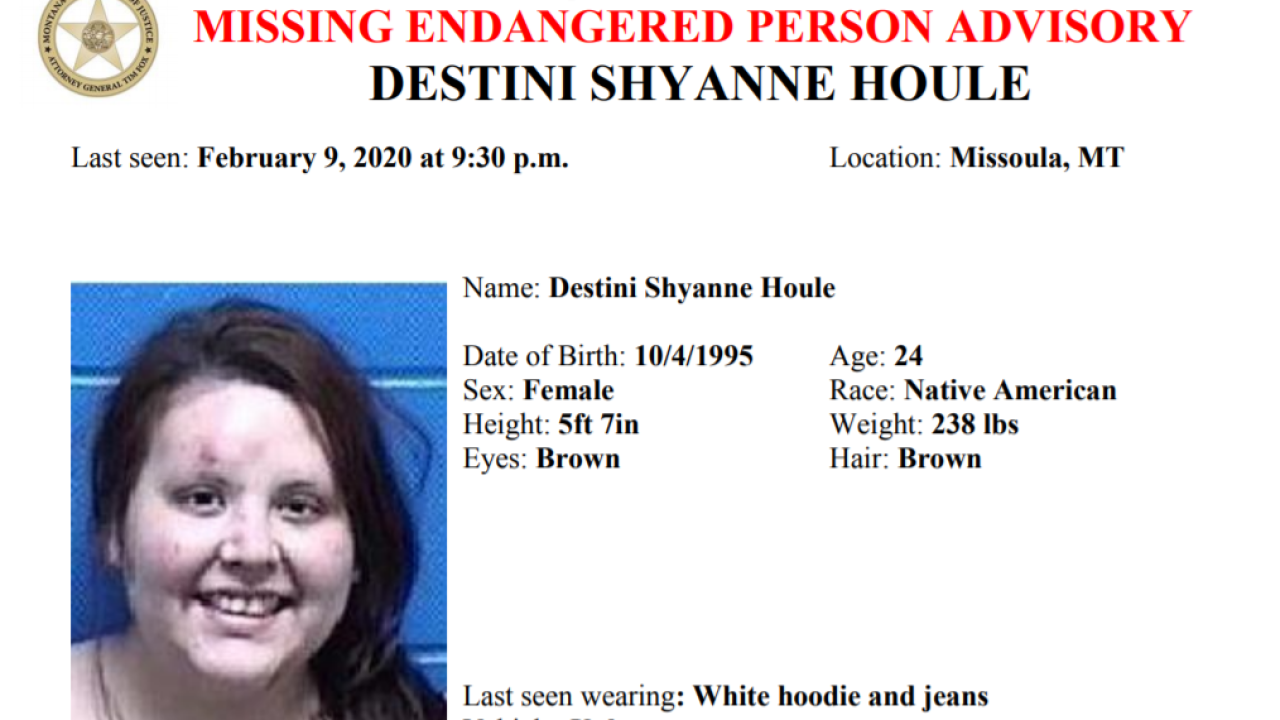 The Missoula Police Department reports a woman who was the subject of a Missing/Endangered Person Advisory has been found safe.

No further information was released.

A Missing/Endangered Person Advisory has been issued for a Missoula woman authorities said is possibly being held against her will.

Authorities said Houle was last seen in Missoula on Feb. 9 wearing a white hoodie and jeans.

Anyone with information about Houle is asked to call the Missoula Police Department at 4-6-552-6300 or 911.