Aimsback gets 14 years for Helena carjacking

GREAT FALLS- Sidney Rae Aimsback of Vaughn, who admitted to pulling a gun on a driver who had given her a ride, and ordering the victim and two others out of the vehicle, was sentenced to 14 years in prison on Tuesday in U.S. District Court, U.S. Attorney Kurt Alme said in a press release.

Senior U.S. District Judge Charles Lovell sentenced Aimsback, 30 years old, to seven years in prison for a conviction on carjacking, and seven more years for brandishing a firearm in furtherance of a crime of violence.

Aimsback pleaded guilty to the two crimes in May.

The investigation determined that on November 28, 2017, in Helena, Aimsback approached three people, borrowed a cell phone and asked for a ride to a restaurant near Interstate 15.

The victim drove her Mitsubishi Outlander, while Aimsback sat in the front passenger seat and the victim’s two friends sat in the back seat. Aimsback persuaded the victim to drive to a nearby housing development, saying her sister lived there.

While stopped at an intersection near the housing development, Aimsback pulled out a gun from near her waistband, pointed it at the victim and told her and the two other passengers to get out of the vehicle. The victim and passengers complied. The three ran up to a carpenter at a building site.

Law enforcement officers arrested Aimsback near Three Forks. The victim consented to a search of the vehicle, and officers found a 9 mm pistol and two magazines of ammunition. 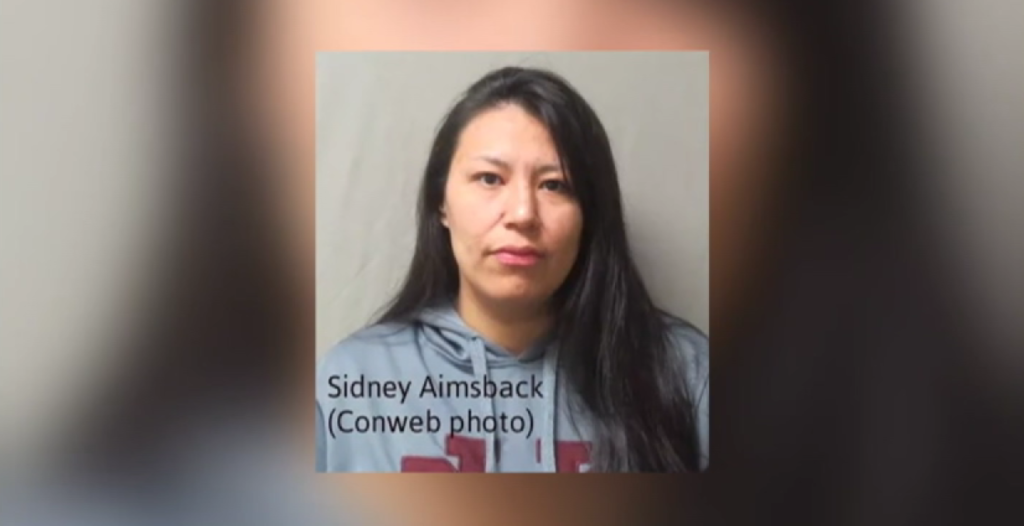